No plan to set up stores in Jammu, clarifies Reliance as traders protest 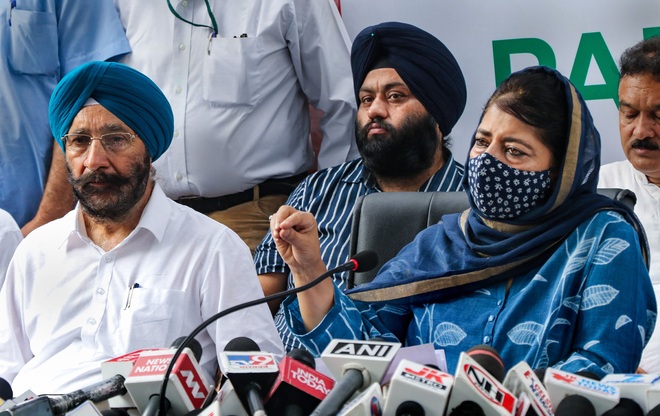 Traders and Apni Party activists on Tuesday staged separate protests against the proposed opening of 100 Reliance retail stores in Jammu, a claim which the company said is “completely untrue”.

The protest was staged on the eve of a strike call given by Jammu Chamber of Commerce and Industries over various issues including the opening of a chain of Reliance stores, evoking widespread support from opposition parties and various social groups.

The Jammu transporters, however, said they would not join the day-long September 22 strike. Amid the ongoing protest over the purportedly proposed opening of the Reliance retail stores chain over the past many days, a spokesperson of Reliance Retail said “the talk of 100 stores being opened by us (in Jammu) is completely untrue. We have not opened any store in Jammu.”

Earlier, the JCCI alleged that businessmen in Jammu were facing “discrimination”, like ending age-old biannual darbar move, new excise and the Geology and Mining Department policies, proposed move by big business houses like Reliance to open stores and restrictions on banquet halls, among other issues. — PTI