One in six being tested for COVID-19 in J&K: Official

Nearly 19.30 lakh tests conducted in the UT so far, over 86K tested positive for the infection 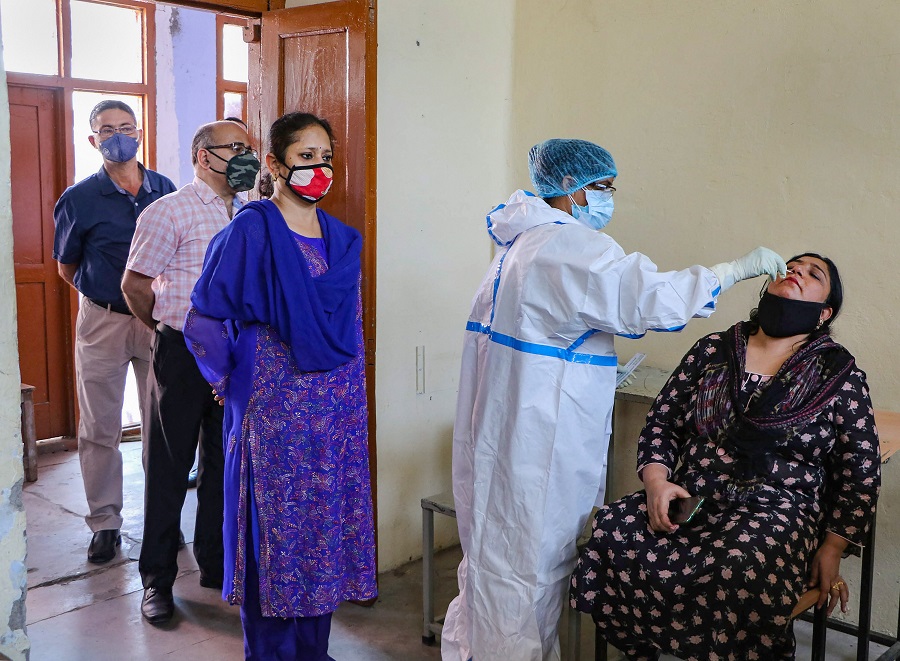 A total of 19,29,126 COVID-19 tests have been conducted in Jammu and Kashmir so far, an official said, highlighting that every sixth person has been tested for the infection in the Union Territory.

According to Dulloo, 75,641 patients have recovered from the infection till now.

"Every sixth person has been tested for COVID-19 infection with aggressive testing strategy in Jammu and Kashmir," he said.

The aggressive testing strategy adopted by the UT has helped in early detection of cases and minimising deaths due to the disease, he said.

Dulloo said to further enhance the testing, private laboratories were also roped in.    "At present, 11 ICMR approved government laboratories have been established, along with this, the UT had started Rapid Point of Care tests which also proved to be a game changer as they helped in early detection," he said.

"The doubling time of cases which was alarming at 19 days in August has declined to 95 days now. The recovery rate has also improved to 88 per cent with only 10.5 per cent people having active disease," he said. PTI