Over 4 lakh people tested for coronavirus in J&K so far : The Tribune India 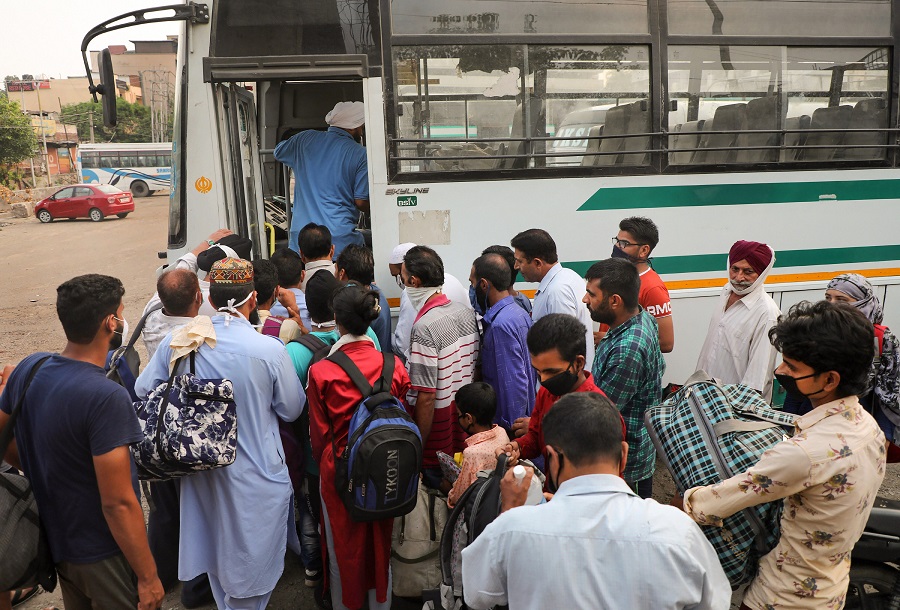 People board a bus without following social distancing guidelines, in Jammu on Tuesday. PTI

Over 4 lakh persons having symptoms of coronavirus were tested during the last nearly four months in J&K out of which 8,675 turned positive, as per the data released by the health authorities.

Only 2.13 per cent of symptomatic patients have been tested positive in J&K till date, it added.

The first confirmed coronavirus case was reported in J&K on March 8 when a woman under quarantine at Government Medical College (GMC), Jammu, with travel history to Iran tested positive. The woman from Kargil, who lives in Jammu, was later cured and discharged from hospital.

From March 8 till date, 4,06,212 patients with symptoms of coronavirus have been tested in J&K out of which 8,675 tested positive while remaining 3,97,537 were negative, suggested the data.

Also, 2,99,748 travellers and persons in contact with suspected cases have been enlisted for surveillance which included 40,157 in home quarantine, including facilities operated by the UT administration, 47 in hospital quarantine, 3,219 in hospital isolation, and 46,777 under home surveillance, revealed the data. It added, 2,09,410 persons have completed their surveillance period.