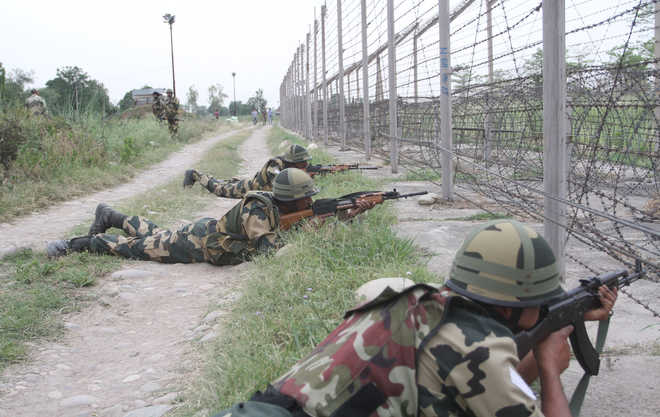 The Pakistan army shelled areas along the Line of Control (LoC) in Jammu and Kashmir’s Poonch district on Tuesday night, officials said.

“At about 9.15 pm today, the Pakistan army initiated unprovoked ceasefire violation by firing with small arms and intense shelling with mortars along LoC in Balakote and Mendhar sectors in Poonch district,” a defence spokesman said.

The Indian Army is giving a befitting reply, he said.

The Pakistan army has resorted to heavy firing and shelling along the LoC in Poonch, Rajouri and Kupwara sectors of Jammu and Kashmir during the past one week. PTI