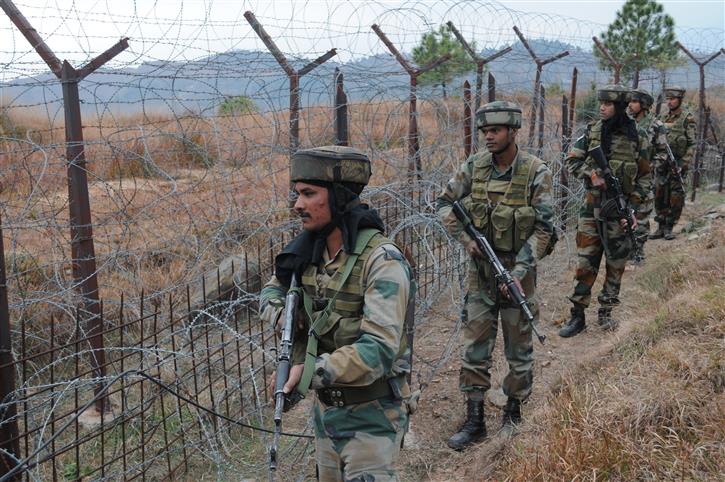 There was no report of any casualty in the Pakistani firing and shelling. Tribune file

The Pakistan Army resorted to firing and mortar shelling on forward posts and villages along the Line of Control (LoC) in Poonch district on Monday, a defence spokesperson said.

“Around 12.15 pm, Pakistan initiated unprovoked ceasefire violation by small arms firing and shelling with mortars in the Shahpur sector. The Indian Army is retaliating befittingly,” he said.

The spokesperson said the cross-border shelling was going on when last reports were received.

However, there was no report of any casualty in the Pakistani firing and shelling, he said. PTI