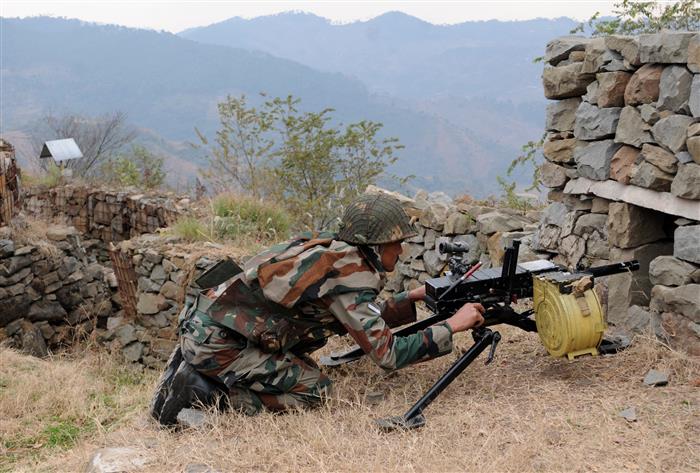 Pakistan on Sunday shelled mortars on forward areas along the Line of Control in Poonch district of Jammu and Kashmir, drawing befitting retaliation by the Indian Army, a defence spokesperson said.

There was no report of any casualty on the Indian side, he said.

The shelling from across the border in Mankote sector started at around 5.45 pm and was going on when last reports were received, he said.

The spokesperson said Pakistan initiated the ceasefire violation by firing with small arms and shelling with mortars. PTI