Indian Army retaliates, no report of casualty in the cross-LoC shelling 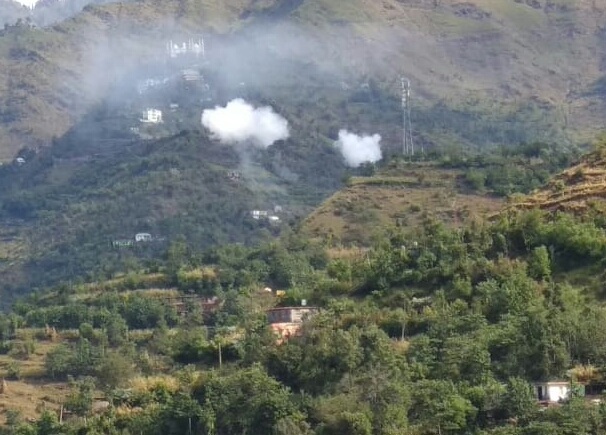 Pakistan has made nearly around 3,200 ceasefire violations so far this year. File Photo

Pakistan army on Monday targeted forward areas along the Line of Control in Rajouri and Poonch districts with mortars, prompting retaliation by the Indian Army.

According to Jammu-based Army spokesperson, Pakistan resorted to unprovoked firing and shelling from across the border at Shahpur, Kirni and Qasba sectors in Poonch and Sunderbani in Rajouri.

The Pakistani troops first initiated ceasefire violation around 2.30 pm in the three sectors of Poonch by shelling mortars and firing from small arms, said the spokesperson.

Later, they opened fire and shelled areas in Sunderbani sector, the spokesperson added.

There was no report of any casualty in the cross-LoC shelling.

So far this year, Pakistan has violated mutually agreed truce between the two countries along the LoC in J&K nearly 3,200 times.