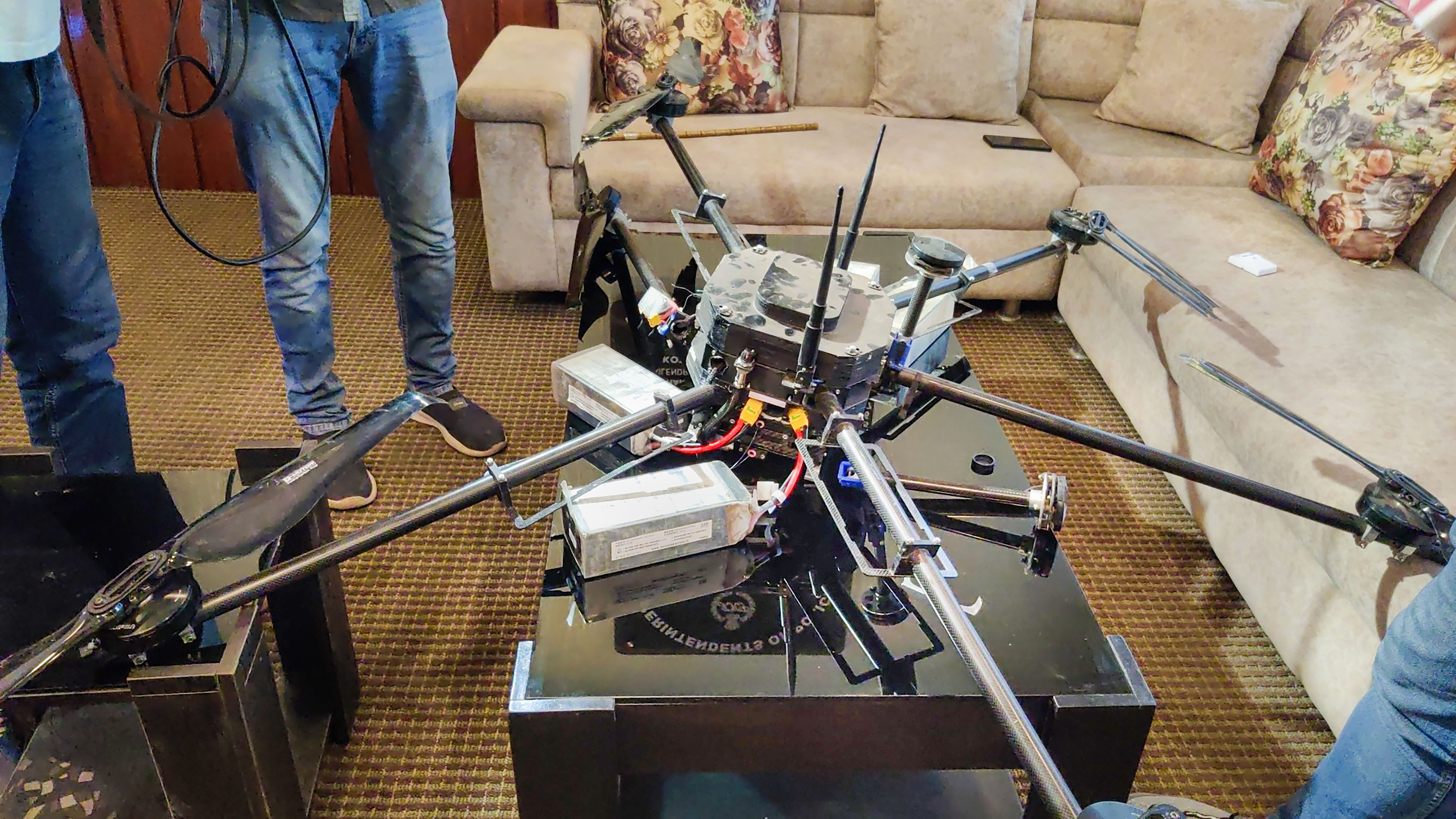 A Pakistani drone that was shot down by police near the international border, in Kathua district. PTI Photo

Seven magnetic bombs (sticky bombs) and as many as under-barrel grenades (UBG) were found with a drone that was brought down by police in Kathua district on Sunday morning.

The police shot down the drone in the Rajbagh area of Kathua today when a team of personnel heard a humming sound approaching from the Pakistani side.

Mukesh Singh, Additional Director General of Police, Jammu, informed that on the basis of drone activity observed in the area of Talli Hariya Chak under police station Rajbag in Kathua district, a search party of police was being sent in the general area. “Today early morning, the search party observed a drone coming from the border side and fired at it. The drone was shot down. It has a payload attachment with it which is being screened by the bomb disposal experts”.

Mukesh Singh confirmed that magnetic bombs and UBGL have been found from the drone.

The recovery of magnetic bombs holds significance as the Amarnath Yatra is slated to begin in June and terrorists are known to attach sticky bombs to vehicles in Kashmir. The Jammu-Srinagar National Highway that passes through Kathua is used by Amarnath pilgrims.

During a fire incident in a bus filled with Vaishno Devi pilgrims in Katra, a terror group had claimed that it attacked the bus with sticky bomb. However, the claim is yet to be verified by the police.