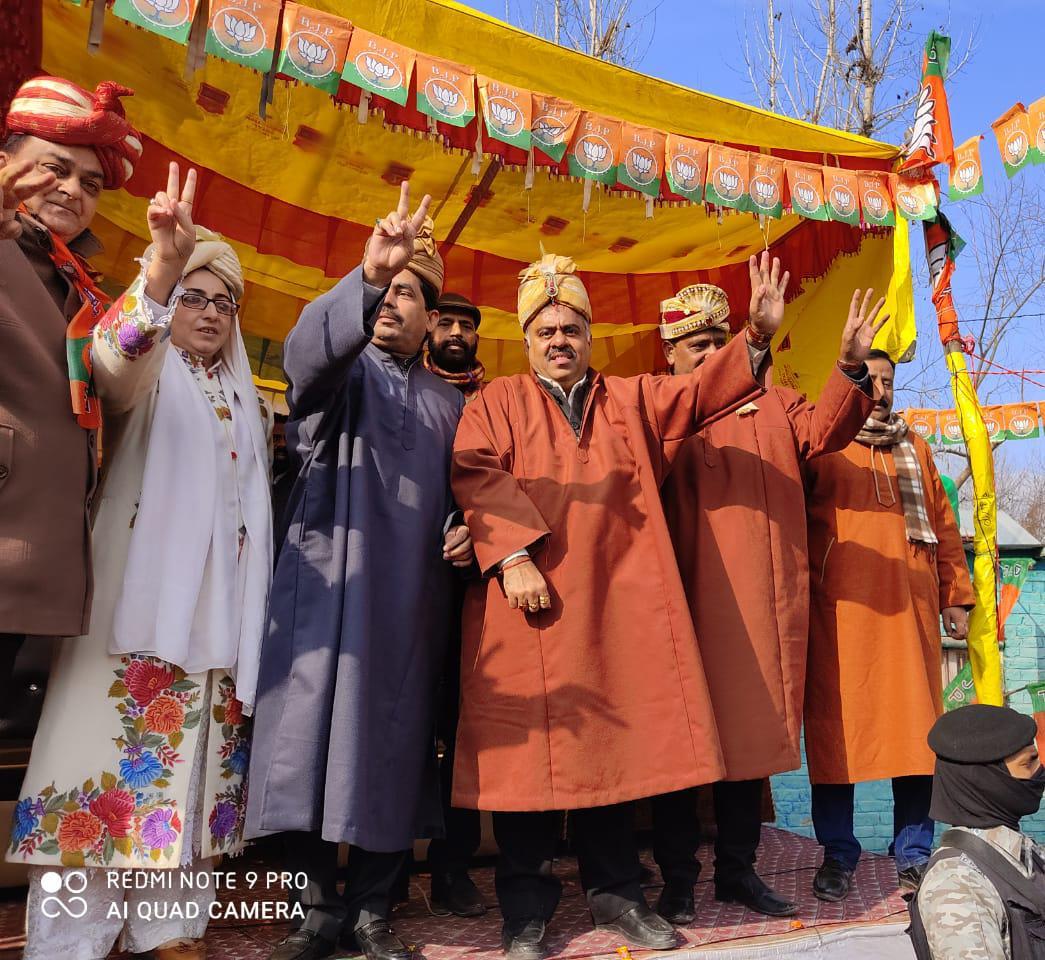 BJP general secretary Tarun Chugh on Tuesday has said the party is committed to take the people in J&K out of the shadow of guns to a new era of development and progress.

Addressing an election rally here, Chugh said: “Cross-border links of the Abdullah and Mufti families did not let the people of Jammu and Kashmir develop as people in rest of the country did in the past 70 years. People were deliberately kept deprived of basic amenities such as schools and hospitals, and nor were adequate employment opportunities generated for the youth.”

“All along, the Congress played a friendly match with these two parties and kept the people at the mercy of terrorists. People have been puppets in the hands of the ISI forces operating through the leaders of these political parties and could never make progress. Now, Prime Minister Narendra Modi’s development programmes have started getting fruits to common man in J&K. So, now a new era has dawned,” said Chugh.

He said the J&K youth had new aspirations now and a new vision of development and progress.

“They do not want bullets. They want education and health facilities,” the BJP leader said, adding that all development schemes of Prime Minister Narendra Modi had started benefitting people.

“Under the rule of Abdullahs and Mufti, many discriminating policies were followed which have harmed the state and many sections of society,” Chugh said, calling upon people to vote for the BJP candidates to start a new chapter in J&K.