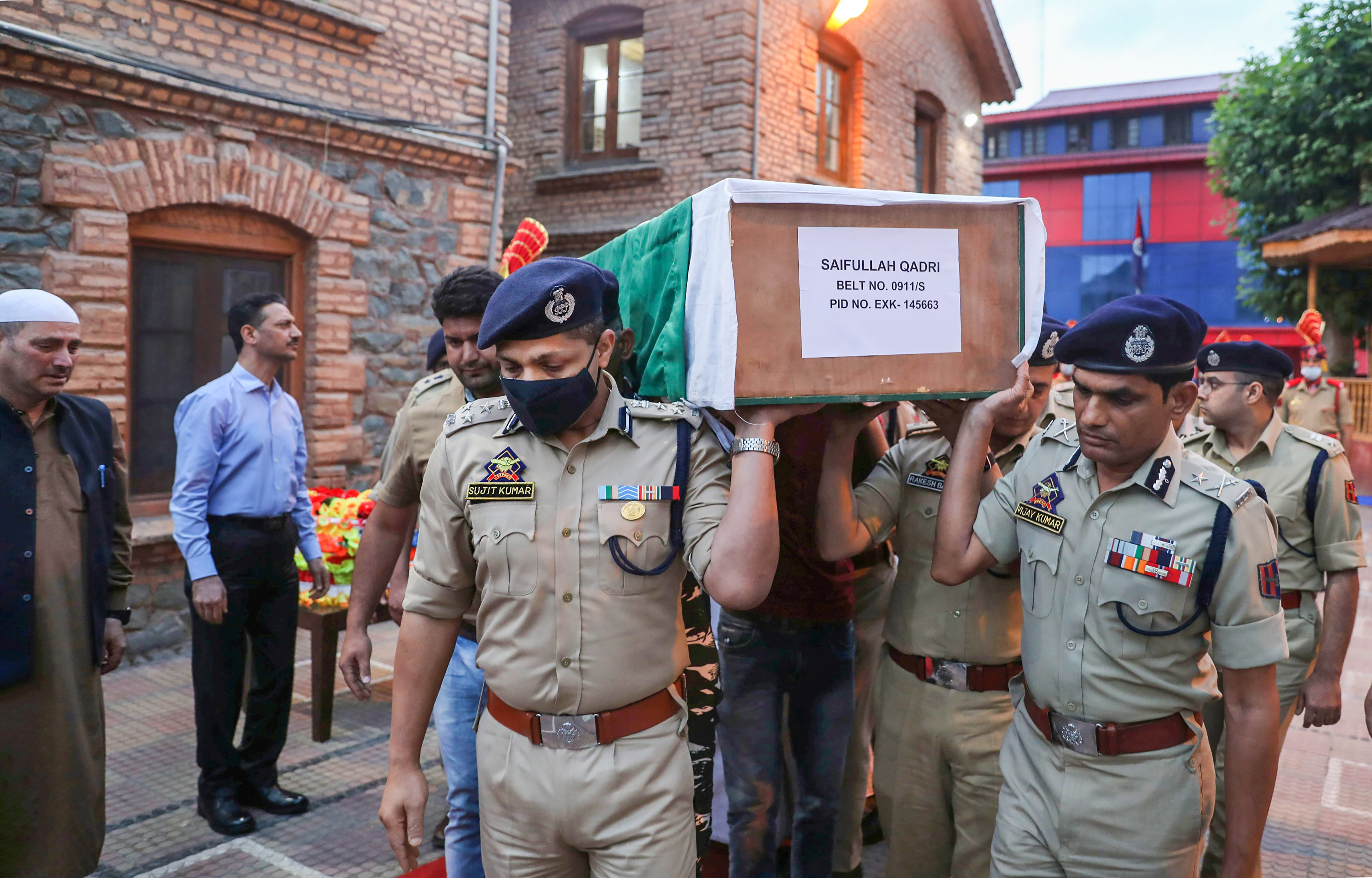 Senior police officers carry the coffin of their colleague Saifullah Qadri after the wreath laying ceremony, at DPL in Srinagar, Tuesday, May 24, 2022. Qadri was killed in a militant attack at Srinagars Soura area. PTI

A police constable was shot dead and his seven-year-old daughter injured when terrorists fired indiscriminately at them outside their home in Soura on the outskirts of the city, officials said here.

Constable Saifullah Qadri, the third policeman to be killed in Kashmir this month, was leaving home to drop his daughter for tuition when the attack took place, they said.

"Terrorists fired at Constable Qadri outside his house at Ganaie Mohalla in Anchar area of Srinagar district," an official said.

"Qadri and his daughter were shifted to the nearby SKIMS hospital, where he succumbed to injuries," the official added. The child suffered a bullet injury in her right hand and is out of danger.

Inspector General of Police (Kashmir range) Vijay Kumar expressed grief over the killing and said police teams have been sent to adjoining areas to nab the culprits. "We will soon get them," he said.

On May 7, militants shot dead a policeman at Aiwa bridge, close to the Anchar locality, while another policeman was shot dead in Pulwama district on May 13.