Security forces had claimed to have killed three militants in an encounter in Shopian's Amshipora, but three families from Rajouri later said that the slain men might be their missing members 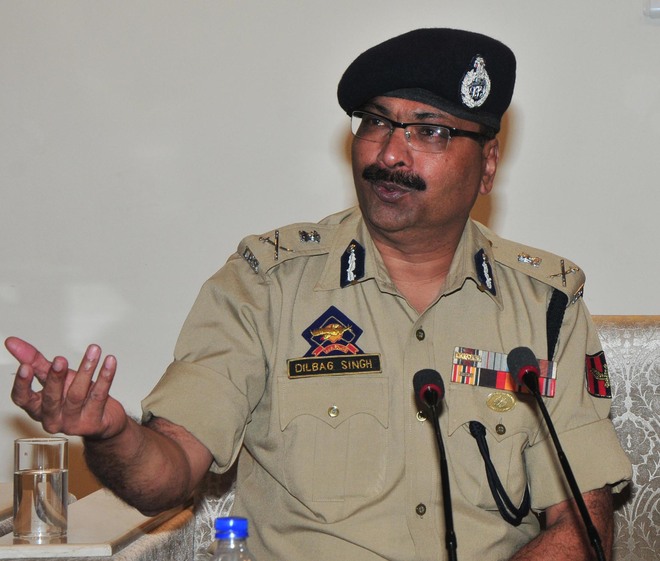 The investigation into an alleged fake encounter in Shopian, in which three men from Rajouri district were killed, is in the final stages, Jammu and Kashmir Director General of Police (DGP) Dilbag Singh said on Monday.

"The SSP, Shopian is himself monitoring the investigation process and further details about the case will be shared very soon. Our investigations are in the final stage," the DGP told reporters at Awantipora in Pulwama district.

He said both the Army and the police were investigating the case, but refused to share further details.

Security forces had claimed to have killed three militants in an encounter in Shopian's Amshipora on July 18, but three families from Rajouri later said that the slain men might be their missing members.

The DNA tests were conducted and the results, made available after 40 days, showed that the slain men were in fact the missing persons from Rajouri.

The Army, in a statement earlier this month, admitted that the powers vested in the soldiers under the Armed Forces Special Powers Act (AFSPA) were "prima facie exceeded" in the Amshipora encounter.

Singh, meanwhile, said the investigators had got some clues in a case related to the killing of a lawyer in the Hawal area of the city last week.

"We have managed to get some clues about the (advocate) Babar Qadri case and hopefully, very soon the Jammu and Kashmir Police will be able to crack it. We have already constituted an SIT in this regard and a probe is on," he added.

Briefing the media on Sunday's encounter at Samboora, the DGP said killing Ajaz Reshi and his close aide was a big success for the forces as Reshi was the main recruiter for terror outfit Lashkar-e-Toiba (LeT) and had pushed a number of youngsters to its ranks.

He said every possible effort was being made to bring back the misguided youngsters and added that 24 youngsters had been brought back from terror ranks this year with the active cooperation of their parents.

In Srinagar, the grid is firmly in place as seven successful operations have been carried out in the city this year, said the DGP.

"The city is on the radar of Pakistan and terror outfits sponsored by it are trying to find a foothold in the city. However, police and the forces are alive to the situation," he added.

The DGP appealed to people not to provide shelter to terrorists. PTI