Protest in Kishtwar against land eviction campaign : The Tribune India 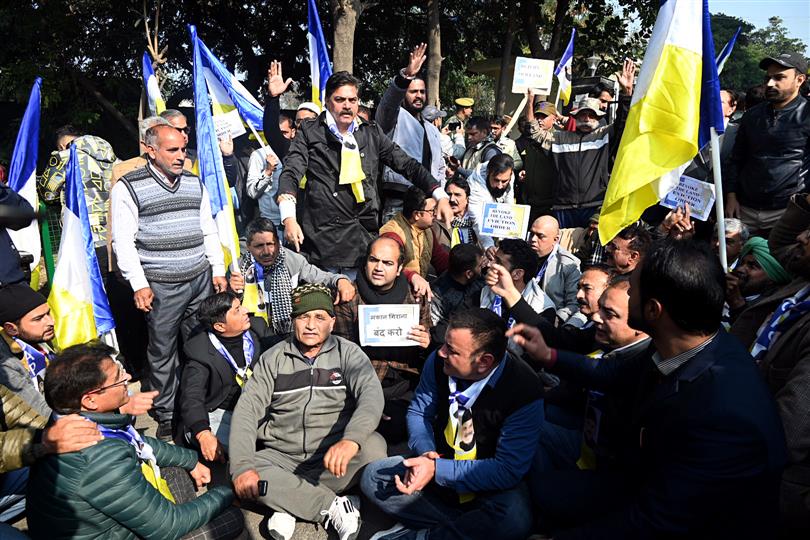 Several protests have been organised against the order of the administration. ani file

Members of the Democratic Azad Party (DAP) held a protest in Kishtwar district on Saturday, demanding immediate rollback of the administration’s recent order for eviction of state land from encroachers.

The protesters marched towards the deputy commissioner’s office in Kishtwar and handed over the memorandum to the official in presence of party’s general secretary RS Chib, vice chairman GM Saroori, provincial president Jugal Kishore Sharma among others.

Meanwhile, People’s Conference president Sajad Gani Lone said a policy should be framed to define criteria for identifying the poor and vest them with ownership rights.

The January 9 circular of the administration directs the deputy commissioners (DCs) to “ensure that all encroachments on state land, including Roshni and Kahcharai (grazing) land, are removed to the extent of 100% by January 31”.

The Roshni Act, officially known as Jammu and Kashmir State Land (Vesting of Ownership to Occupants) Act, 2001, was enacted during the regime of the then CM Farooq Abdullah. The law granted ownership of the encroached land to encroachers to raise funds for different power projects of the government. In 2014, the CAG report pointed out that many political persons from different parties had been benefited under the Act.