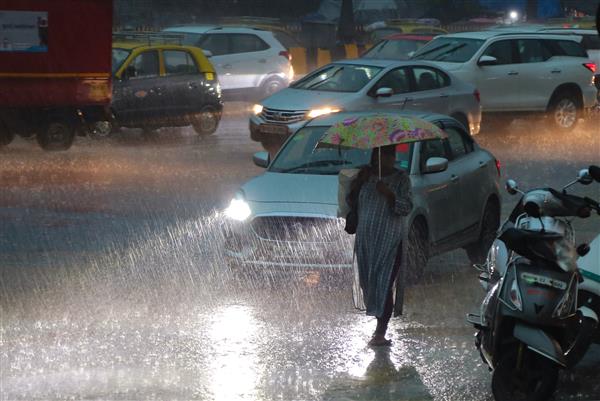 Amid rains in plains and snow in higher reaches, apart from disruption in surface transportation, residents in different parts of the Jammu region faced power shutdown on Tuesday. Several areas in Jammu, Ramban, Udhampur and Reasi were affected with power cuts due to faults caused by rain and snowfall.

In a statement, Srinagar’s Meteorological Centre stated that intermittent rain and snow was received at many places of J&K, including light rain in Srinagar, Jammu and Banihal. According to the MeT forecast, heavy snowfall is very likely over middle and higher reaches.

It warned that snow and rain may affect surface transportation over major passes and the Jammu-Srinagar National Highway.

SSP (NH Traffic) Mohita Sharma informed that intermittent shooting stones at Panthyal in Ramban halted traffic on both sides of the Jammu-Srinagar highway. The traffic was later allowed, but the administration stated that travelling, especially in snowbound areas of Banihal in Ramban, was not advisable.

It asked people living in these areas take precautions and avoid venturing out in the avalanche-prone areas.

In Kashmir, the minimum temperature stayed several degrees below the freezing point in several areas.