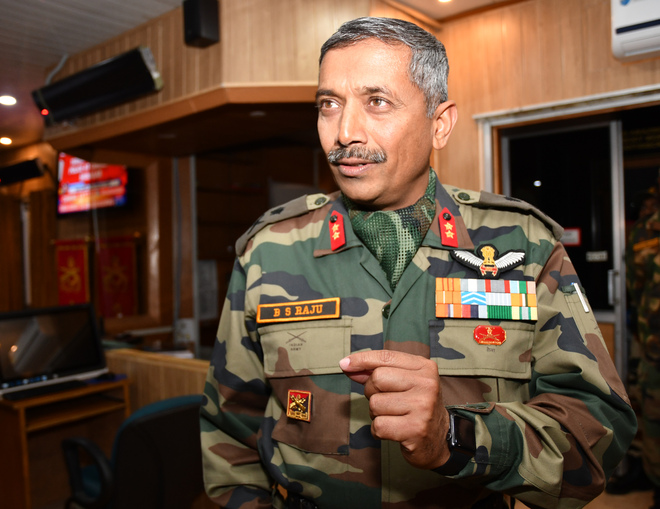 The recruitment of local youth into terrorism in Jammu and Kashmir is a big concern for the Indian Army. This year, 131 youth in all have joined militancy in the Valley so far. Last year, 117 youth had joined terrorism.

"Recruitment of local youth into terrorism is a big concern. I can't point my finger at just one reason why recruitment is taking place. But I don't see any major pattern in it," said General Officer Commanding, 15 Corps, Lieutenant General BS Raju.

He said that they hoped to reach out in a manner where there could be little reason for the youth to take up arms. "There are large numbers of components which play a part in it. We will do our part to ensure we don't become a cause for anybody to cross the line," said Lieutenant General BS Raju.

"It is a complex issue. It is definitely on our radar and that will remain an important line of action to stop recruitment," he said.

Out of a total of 131 local youth recruitment into terrorism, 24 happened in north Kashmir and 107 in south Kashmir.

Pakistan's Inter-Services Intelligence is bolstering terror outfit Al Badr to carry out fresh terrorist attacks in Kashmir. Intelligence agencies had stated that Al Badr chief Bakht Zameen had, during a rally in Pakistan-occupied-Kashmir in June this year, claimed that the outfit would soon emerge as the voice of Kashmir.

Out of total 131 recruitments, 62 were killed during Indian Army operations, 14 were apprehended and two surrendered. A total 52 of them are still active.

To stop the youth from taking up arms, the Indian Army has started a big-time reach-out programme. "We are engaging with elders, women, girls, boys, students and moulvis (religious preachers). Each one is addressed in a different manner," said Lt Gen BS Raju.

He said that the amount of enthusiasm to participate in the programme gave him high hope. "There was a place in Anantnag where girls played kabaddi," said the officer.

He also said that facilities for entertainment were grossly lacking in the Valley. "Saudi Arabia has movie halls, Pakistan has movie halls but Jammu and Kashmir does not want to have movie halls," he lamented.

The officer added, "I cannot understand the irony".

Most of the cinema halls in Kashmir were closed in the 1990s due to diktats issued by terrorist groups. IANS