The PM has joined the growing voices against the Chinese expansionist designs in South China Sea, Taiwan Strait and Hong Kong 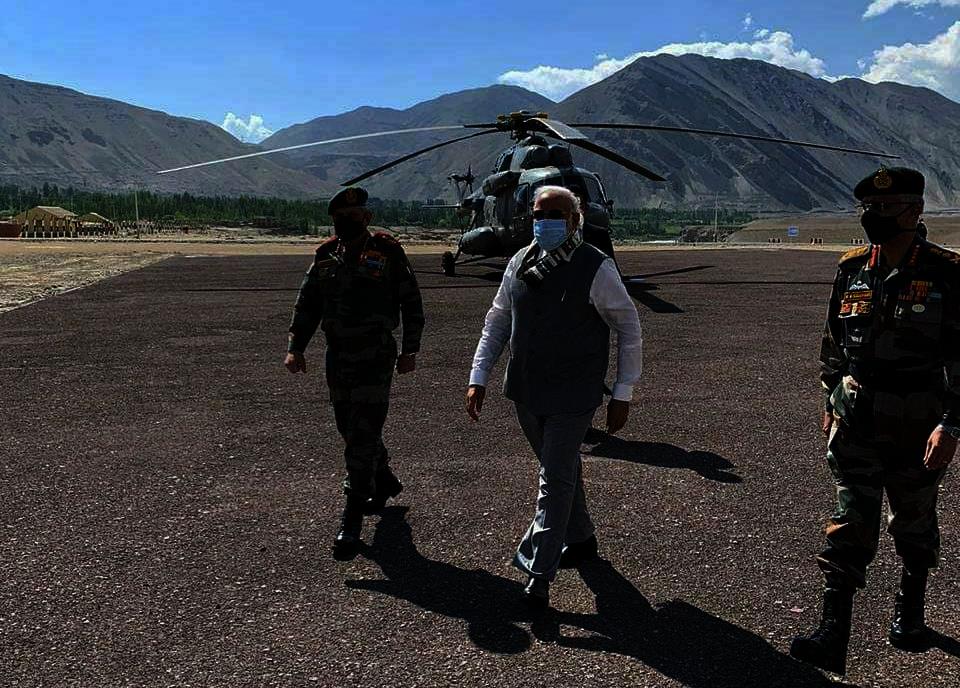 Prime Minister Narendra Modi’s first visit to Ladakh on Friday in the middle of a highly tense standoff between the Indian and Chinese troops drew a real-time red line for China against its expansionist designs in Ladakh and elsewhere.

The visit, in all its transparency, underscored the nation’s concern at the highest level while mixing it quite loudly and visibly with the assertion that Indian forces have the capacity and capability to defeat any transgressions.

While doing so, the Prime Minister has silenced all his political critics who wanted to know what plans he had against China in Ladakh. There was both rhetoric and realism in what he said.

The timing of the PM’s visit to review the situation is strategically important. It has come 17 days after the June 15 Galwan valley clashes in which 20 Indian soldiers and an unspecified number of Chinese were killed. Besides sending out a message to troops and to the nation about his concerns and also determination, the PM has joined the growing voices from across the world about the Chinese expansionist designs in Ladakh, South China Sea, Taiwan Strait and Hong Kong.

Of great importance were the PM’s remarks that the “era of expansionism is over, this is the era of development”, as these drew a deeply marked red line for China. This was also a realistic assertion that India of today is different from what it used to be in 1962 when the Sino-Indian war had left the country bruised.

China appears to have got the message that the PM delivered in Ladakh today, as its Foreign Ministry spokesperson Zhao Lijian told Japanese news agency Kyodo News that “China and India are in communication with each other through military and diplomatic channels. Neither side should make any move that may complicate the border situation.”

Ladakh is a strategically located territory in the Himalayas and India cannot afford any country of any size, power or influence to make any territorial changes. In this context, he also broadcast the bravery of the Indian soldiers to be heard all across, and this was not without a message that the Galwan valley clashes were more lethal for the adversary.