Restoration of statehood can calm tensions in J-K: ICG

Jammu and Kashmir was bifurcated into two Union Territories on August 5 last year when its special status was scrapped. 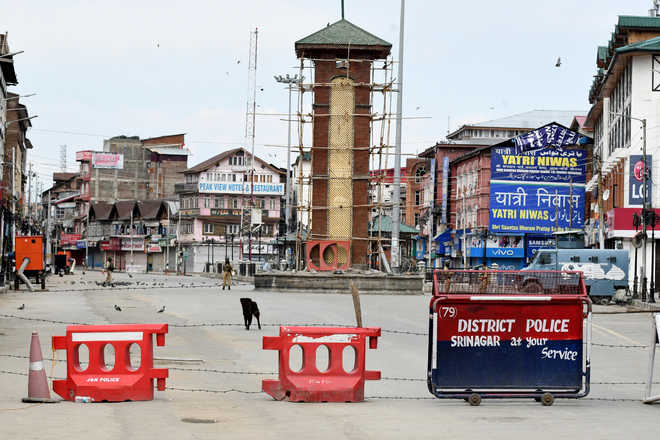 Jammu and Kashmir’s was bifurcated into two Union Territories on August 5 last year when its special status was scrapped.

An international think tank, International Crisis Group, has asked New Delhi to “rethink” its approach to Kashmir and suggested restoration of statehood to J&K as a way to calm tensions.

Jammu and Kashmir was bifurcated into two Union Territories on August 5 last year when its special status was scrapped.

Political parties across the spectrum, barring ideologically divergent groups like BJP and PDP, have raised this demand.

Covid-19 has crippled on the ground political activity in Kashmir, though the BJP is allowed to carry out its activities indoors.

The report titled 'Raising the stakes in Jammu and Kashmir' stated: “Restoring the region’s statehood, a prospect to which the Modi government has said it is open, would help.”

The Modi Government had announced in Parliament on August 5 and 6 that the UT status of J&K was not going to be permanent, its statehood would be restored as and when the situation becomes normal.

Although the parameters of the normalcy were not spelt out in detail, it was widely understood that as when militancy in the valley is tamed.

The term statehood applies to the UT of J&K only, and, not to Ladakh, another UT that was created out of the erstwhile state of Jammu and Kashmir

Throughout the report, it has warned that Indo-Pak conflict may escalate if it is not dialled down on the LoC and also until both the countries tone down their rhetoric.