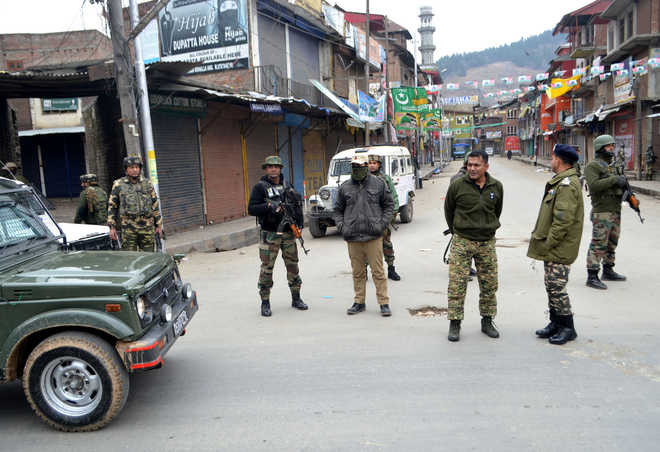 The rumours started spreading after the return of around 60 companies of the paramilitary force who had been stationed in the UT since revocation of J&K’s special status. File photo

The return of around 6,000 paramilitary personnel to J&K after election duty elsewhere has triggered large-scale rumours, ranging from further bifurcation of the UT to announcement of elections after realigning districts, for the last three days.

The rumours started spreading after the return of around 60 companies of the paramilitary force who had been stationed in the UT since revocation of J&K’s special status. Officials said these paramilitary companies were returning after completing election duty in Bengal and Tamil Nadu.

However, the movement of troops and a series of meetings, including Lieutenant Governor Manoj Sinha’s deliberations with Home Minister Amit Shah and officials in Delhi since Saturday, fuelled the rumours and repeated attempts by officials were failing to put an end to it. ADGP Mukesh Singh took to Twitter to rule out fresh deployment of forces but his assertion found no taker on social media.

Many social media users talked about further splitting of J&K, with Jammu being given a status of state and Kashmir remaining as a UT.

People enquired about the possibility of any shutdown of internet and phone services. The sudden visits of JK Apni Party chief Altaf Bukhari and People’s Conference chief Sajjad Lone to Delhi have added fresh fuel to the rumours.

Some politicians were seen enquiring whether the reports about the MLA hostel in Srinagar being cleaned up for their fresh lodging were true.