Search operation after drone spotted in Samba : The Tribune India 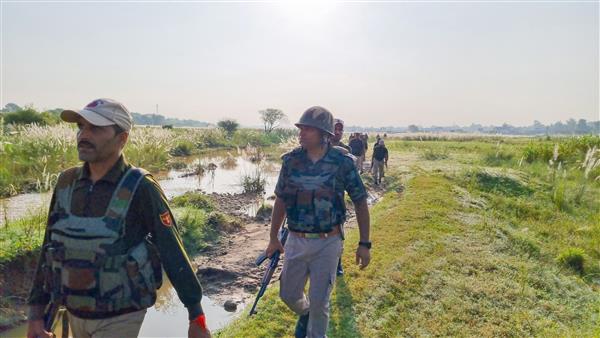 J&K policemen patrol near the Jammu-Pathankot NH on Sunday. PTI

A search operation was carried out by Special Operations Group (SOG) and Central Reserve Police Force (CRPF) after reports of the sighting of a drone were received in areas along the International Border (IB) with Pakistan in Samba district.

The SOG had received information regarding a drone in Indian territory on Saturday evening after which teams of police were sent to search the area.

“We received information at around 7.30 pm from Chachwal and Mango Chak villages that an object was flying in the area. Teams were sent for a search operation but they did not find anything. Due to darkness, the operation was called off but was resumed early in the morning today,” said DSP (Operations) Garu Ram.