Situation in Kashmir is much better now after spate of violence: JK Police chief 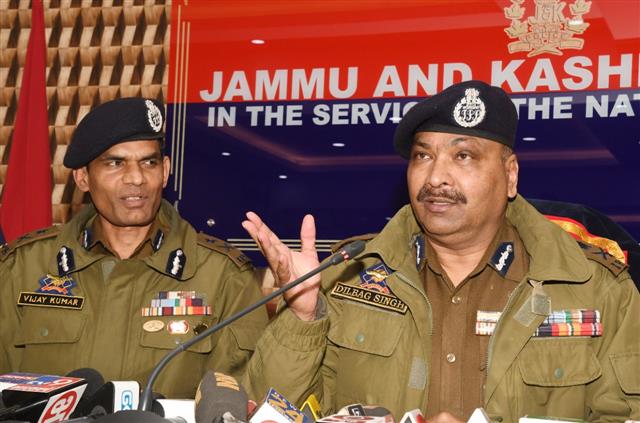 After a recent spike in violence, the situation in Kashmir is much better now and people want to move towards peace and development, Jammu and Kashmir Police chief Dilbag Singh said here on Sunday.

Singh also appealed to local militants to give up arms and exhorted the youth to pick up pens and books and work towards Jammu and Kashmir’s prosperity and progress.

He was speaking to reporters on the sidelines of a ‘run for peace and unity’ organised on the occasion of National Unity Day. About 700 children, youths and adults participated in the run.

“The situation is much better now. The atmosphere right now is that people want peace and they are against violence. There were a few violent incidents, but people on a large scale condemned those incidents. Now, the situation is better. You saw the participation here which is an indication that people want to move towards peace and development and they condemn the violence,” Singh said.

Eleven civilians have been killed by militants in Kashmir Valley in October.

Appealing to local militants to give up arms, the DGP said not only do they lose their own lives, they are also working against their parents, society and people, and everyone is affected by the violence.

He reiterated the appeal by Union Home Minister Amit Shah during his recent visit to Jammu and Kashmir that the youth of Kashmir Valley should carry books in their hands instead of guns and stones, and build their future and work towards the union territory’s prosperity and progress.

“I have the same message that your and the society’s betterment will not happen by picking weapons, but pens, books and working along with your parents and society,” the DGP said. — PTI