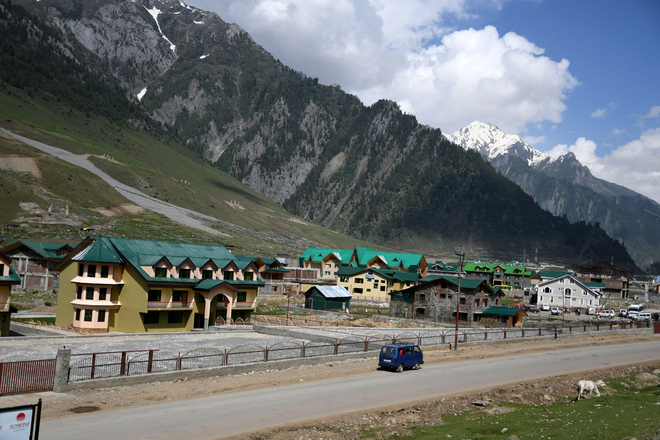 The clearance work on the strategic highway is likely to be completed by next week. File

The snow-clearance operation at the Zoji La pass along the Srinagar-Leh national highway is in full swing and is likely to be completed before next week, officials said on Wednesday.

This year, the 434-km strategic highway linking Ladakh with Jammu and Kashmir was opened on February 28, much ahead of the schedule, after remaining closed for 58 days due to snowfall. This was the earliest reopening of the high-mountain Zoji La pass and also the shortest closure period.

However, snowfall over the past one and a half month led to the closure of the highway once again, prompting the BRO to launch a fresh operation to clear the road.

Was closed for 58 days

“The snow-clearance operation is in full swing and it will take a couple of days to reconnect the Srinagar-Kargil-Leh highway for vehicular traffic subject to fair weather conditions,” said Sanjiv Kumar, junior engineer, 55 Road Construction Company (RCC) Project Vijayak of the BRO.

The ADC interacted with engineers and operators involved in the operation. He hailed their tireless efforts for completing the operation up to the Zero Point despite the recent heavy snowfall and hostile weather conditions, an official spokesperson said.

Later, he said, the ADC took stock of arrangements for the establishment of Covid-19 screening points at the Meenamarg checkpost, including the setting up of a structure for conducting RT-PCR tests for all inbound passengers. Motup directed the officials concerned to ensure that all necessary facilities like heating and other logistics should be made available soon. — PTI