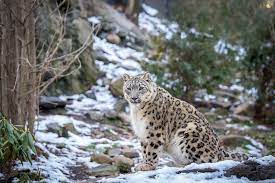 A notification in this regard was issued on Tuesday by Pawan Kotwal, Principal Secretary, Forest, Ecology and Environment.