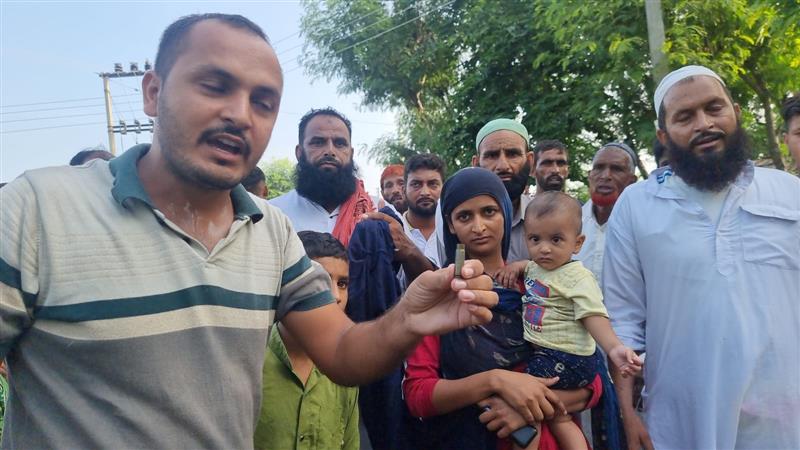 The situation in Kathua turned tense today after members of the Gujjar community allegedly attacked policemen with stones and sticks in the Maggar Khad area alleging harassment by them. A constable, Kuldeep Kumar, was injured in the incident.

Police fire into the air

The policemen were on routine search duty ahead of the Independence Day. One of the suspects was arrested.

Teams of the police and the Special Operations Group (SOG) had reached the area early morning to conduct a search operation. The district being sensitive due to its border with Pakistan is on a high alert ahead of the Independence Day celebrations.

A spokesperson for the police said a team from the Lakhanpur police station, along with an SOG party, headed by DSP (Operation), Kathua, Tilak Raj Bhardwaj and Lakhanpur SHO Vijay Kotwal, conducted a search in the Maggar Khad area.

“During the search around 6.30 am, a few persons, led by Mohammad Sharif and Shadu, attacked the police team with sticks, sharp weapons and also pelted them with stones in a bid to kill them,” the spokesperson said.

A constable was injured. “To disperse the mob, the police fired some warning shots into the air in self-defence. The police arrested Mohammad Sharif. A case has been registered under Sections 307, 353, 332, 147 and 149 of the IPC and 4 and 25 of the Arms Act at Lakhanpur,” the police said.

Meanwhile, members of the Gujjar community held a protest in their village alleging that the police had harassed them by coming to their village. The protesters claimed that their children ran for their lives after the shots were fired.