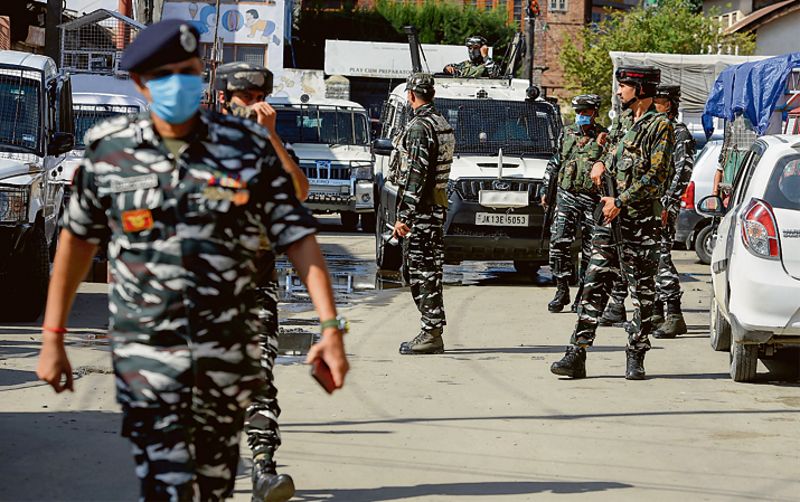 A day after grenades were found by the road opening party of the Central Reserve Police Force (CRPF) yesterday, intelligence agencies have issued an alert indicating that NH-44 in south Kashmir is high on the target of the terror outfits — Jaish-e-Mohammad (JeM) and Lashkar-e-Toiba (LeT).

A day after grenades were found by the road opening party of the Central Reserve Police Force (CRPF) yesterday, intelligence agencies have issued an alert indicating that NH-44 in south Kashmir is high on the target of the terror outfits — Jaish-e-Mohammad (JeM) and Lashkar-e-Toiba (LeT).

The intelligence inputs sent to the Union Ministry of Home Affairs (MHA) through MAC (Multi-Agency centre) are indicating that the two terror outfits, which are operating in tandem for some time, are working on a plan to carry out a major attack along the national highway with a series of IED explosions, security officials said.

As the six hand grenades placed by militants were found on the busy Parimpora-Pantha Chowk road of NH-44 in Srinagar, officials said the intelligence agencies had now alerted about threats of IED attacks on the same road from Qazigund to Khanabal.

Directions have been issued to the security establishment in J&K to step up vigil along the highway, particularly at the time of movement of forces and transportation of ammunition, officials said.

MHA sources said several of the indicative alerts had been received about “major attack” on the forces since the Taliban took over reigns in Afghanistan. Anti-India terror groups, such as JeM and LeT, along with outfits such as Hizbul Mujahideen and Al-Badr, which have been lying low over the past few months, have become highly active and collaborative. There have also been reports of Masood Azhar of the JeM meeting Taliban top leaders in Kandahar in the third week of August to seek support for anti-India activities.

Incidentally, according to the data available with the MHA, sources said 305 youths, including 272 from Kashmir, went missing this year. Agencies are of the view that at least 82 of them have joined terror groups, with 42 being recruited by the LeT.