Killings are taking place deliberately in the hope that police and security forces commit a mistake, kill an innocent person, and the people come out on streets to protest, the LG said 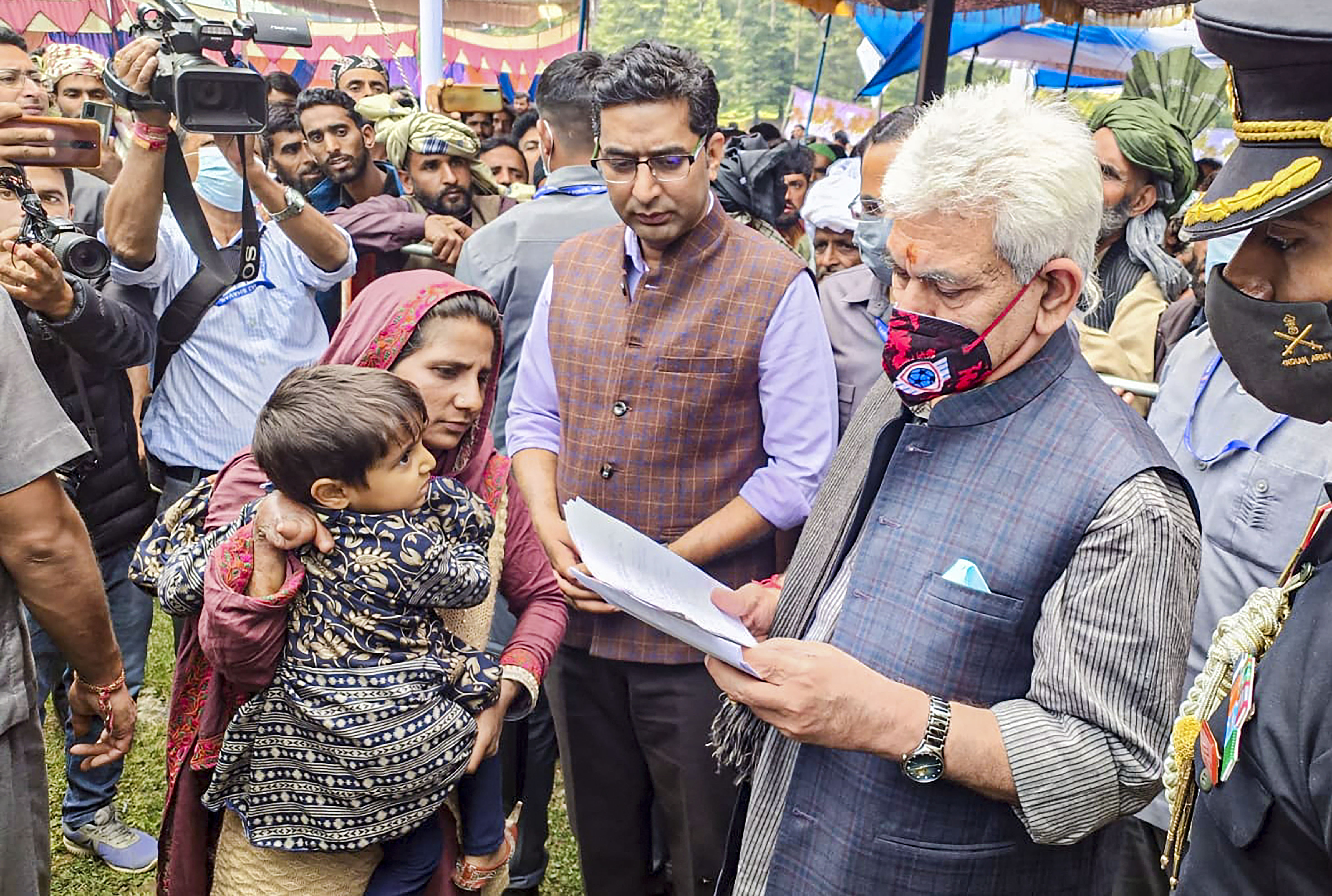 Target killings in the valley were an act of desperation on part of the terrorists to provoke security forces to commit a mistake so that people can hit the streets in protest, Jammu and Kashmir Lieutenant Governor Manoj Sinha said on Saturday.

“Target killings of innocent people have taken place. I believe the society should condemn it. A woman teacher, who imparts education to children, is killed, if the society does not condemn it, then I think, we are shirking away from our duties,” Sinha said during a function in Kulgam district in south Kashmir.

He said the killings were an act of desperation.

“These are acts of desperation. J-K administration follows the policy of gunahgaar ko chhodo mat, aur begunah ko chhedo mat’ (Do not spare the culprit, but do not touch the innocent),” he said.

Target killings are taking place deliberately in the hope that police and security forces commit a mistake, kill an innocent person, and the people come out on streets to protest, the LG said.

Sinha said the administration will not let that happen.

There will be no action against an innocent person by the police, security forces or the J-K administration, he added.

The terrorism was in its last stage and when a candle is about to burn out, its flame flares bright, Sinha said.

The flare’ of militancy was intense as the police and security forces have tightened the noose around them, the LG said, adding, “it is our endeavour to rid the people here of terrorism”.

He said the road to progress and development goes through peace.

Calling upon people to condemn such attacks, the J-K LG said that time has come for people to come forward and support police and security forces in their campaign to root out terrorism.

He said that projects worth Rs 39.79 Crore under various tribal schemes are being implemented in Kulgam for the upliftment of the tribal community.

Sinha highlighted the government’s efforts in empowering all the sections of the society, especially those who were neglected for decades, and making them key partners in J-K’s development journey.

“In the last 21 months, we have set in motion a growth process that will be able to eliminate issues like poverty, illiteracy and unemployment in the years to come and turn the weaker section into the wheels of national progress,” the Lt Governor added.

“Our efforts at making the tribal youth more skilled and capable are going to be the biggest driver of inclusive growth in the future. We are in the process of designing several new schemes. In the long run as tribal community catch up their social indicators, we will ensure that no one is left behind,” the Lt Governor said.

Citing the achievement of Kulgam’s Tanveer Khan, second rank holder in Indian Economic Service (IES), the Lt Governor said the administration would provide the facilities and resources needed to nurture such talents in every household of the Tribal community.

He said the UT administration decided a year ago to instil confidence in the tribal youth by creating avenues for their training and skilling in all modern professions so that they can become an integral part of the changing economic-social system of the world.

Today 800 youths of tribal community are being trained in various vocational programs. The Tribal Department has started the ‘Wings to Fly’ program for the tribal youth to train them to be pilots, cabin crew and ground staff at the airports, he added.

Sinha said new hostels, smart schools and other livelihood generation programmes and initiatives such as the establishment of Van Dhan Kendras, Tourist Village Network and Mini Sheep Farms will open new vistas of opportunities for the tribal youth.

The Lt Governor also expressed gratitude to Prime Minister Narendra Modi for giving top priority to the rights of tribal people and implementing the Forest Rights Act in J-K, besides starting various schemes like PM Van Dhan Yojna, SHGs, Model Cluster villages, Smarts Schools for tribal areas, and other such initiatives to ensure social-economic upliftment of the Tribal community.

He directed the Tribal Affairs department to ensure that maximum benefit of these schemes reaches the youth of the tribal community.

The Eklavya Model School inaugurated today has been constructed at a cost of Rs 12 crore, besides Rs 5 crore has been allotted for additional infrastructure and Rs 5.23 crore will be given per year for its maintenance and operation i.e., Rs 1.09 lakh per student will be borne by the government.