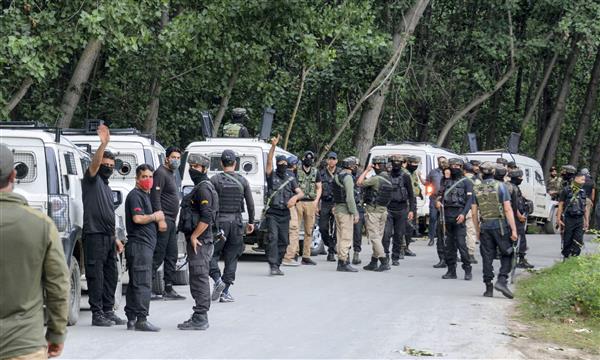 Security forces on Sunday busted a terrorist hideout in a forest area in Ramban district of Jammu and Kashmir, leading to the recovery of some arms and ammunition, police said.

The hideout was unearthed during a joint operation by the police and Army in the Tetharka forest area of Sangaldan in Gool sub-division, a police official said.

He said an Under-Barrel Grenade Launcher, a Chinese pistol with a magazine and 36 cartridges, a knife, four AK-47 rifle magazines with 198 bullets, 69 nine mm pistol rounds, a binocular, a camera and a wireless set were seized.