The two terrorists have been identified as Talib Hussain of Rajouri and Faisal Ahmed Dar of Pulwama.

In an act of bravery, villagers in Reasi district of Jammu division on Sunday overpowered two dreaded terrorists, including the absconding accused in the IED blasts case in Rajouri district, and handed them over to the police.

The two terrorists have been identified as Talib Hussain of Rajouri and Faisal Ahmed Dar of Pulwama. Interestingly, Talib was an active member of the BJP. He had resigned only two months ago from the post of IT and social media in-charge BJP Minority Morcha Jammu province, BJP leaders informed.

It has been reliably learnt from police sources that the two had gone to a home in the village claiming themselves to be shepherds. However, the locals became suspicious and checked their belongings and found guns, after which they apprehended them.

Mukesh Singh, the Additional Director-General of Police (ADGP), Jammu, while informing about the development said villagers of Tukson Dhok showed extreme courage in apprehending the two most wanted terrorists of Lashkar-e-Toiba, who had reached that area to take shelter after continuous pressure from the police and the Army. 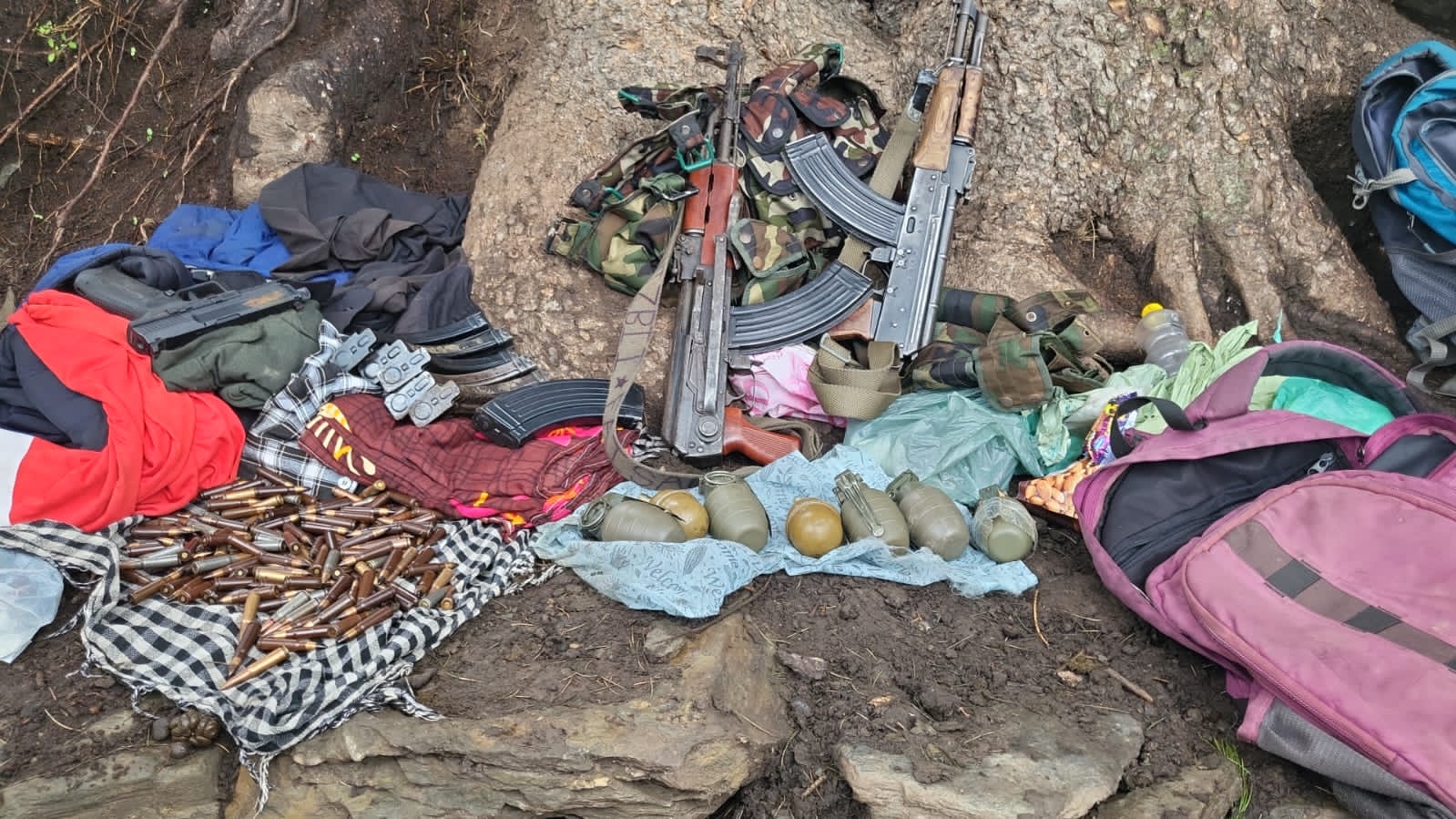 Two AK series rifles, seven grenades, a pistol and a huge quantity of ammunition were recovered from their possession.

It is pertinent to note that the Rajouri police had recently recovered a large number of IEDs and had busted a module of LeT in which two terrorists of the LeT were arrested and Talib Hussain was declared as an absconder, after which a reward was announced on him.

“Talib Hussain was in constant touch with LeT terrorist Qasim based in Pakistan and was involved in at least three cases of IED blast at Rajouri district besides civilian killings and grenade blasts,” said the ADGP. Both the terrorists (Talib and Dar) were also in touch with a Pakistani LeT handler Salman, who was continuously guiding them.

Lt Governor Jammu and Kashmir Manoj Sinha has applauded the courage of villagers and stated on Twitter that with this kind of determination shown by them, the end of terrorism is not far away. He also announced a cash reward of Rs 5 lakh for the villagers.

Meanwhile, the development has rung alarm bells in the BJP that is already struggling to deny any link with the accused in killing of an Udaipur tailor.

Talib, who was also running a news portal, has photos with J&K BJP president Ravinder Raina.

Rajinder Gupta, district president of Rajouri from where Talib belonged, said that anyone can become a worker of the BJP. “The party is growing and many people are joining it. We cannot take the responsibility of everyone joining the party. However, I do not deny that he may have clicked pictures with some of our senior leaders” said Gupta.