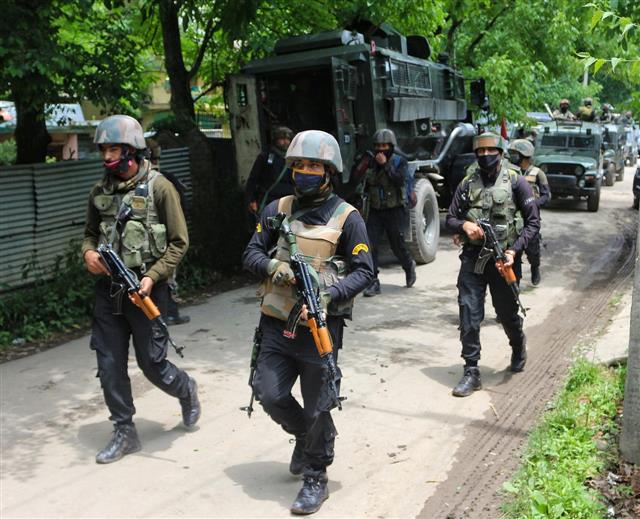 Two terrorists of the Ansar Gazwat-ul Hind, a militant group affiliated to the Al-Qaeda, were killed in an encounter with security forces here on Wednesday.

The slain terrorists have been identified as Aijaz Rasool Nazar and Shahid Ahmad, alias Abu Hamza, the police said.

After receiving specific inputs about the presence of militants in the area, security forces launched a cordon-and-search operation in Dangerpora that falls under the Sopore police station. The militants opened fire at the security personnel, drawing retaliation. Both were gunned down by security personnel.

In a tweet, Vijay Kumar, Additional Director General of Police, Kashmir, said the slain militants had been involved in a recent terror attack on a labourer hailing from West Bengal. On September 2, Muneer ul Islam was injured after being fired at. — PTI

The deceased had been associated with Ansar Gazwat-ul Hind, a militant group affiliated to the Al-Qaeda.