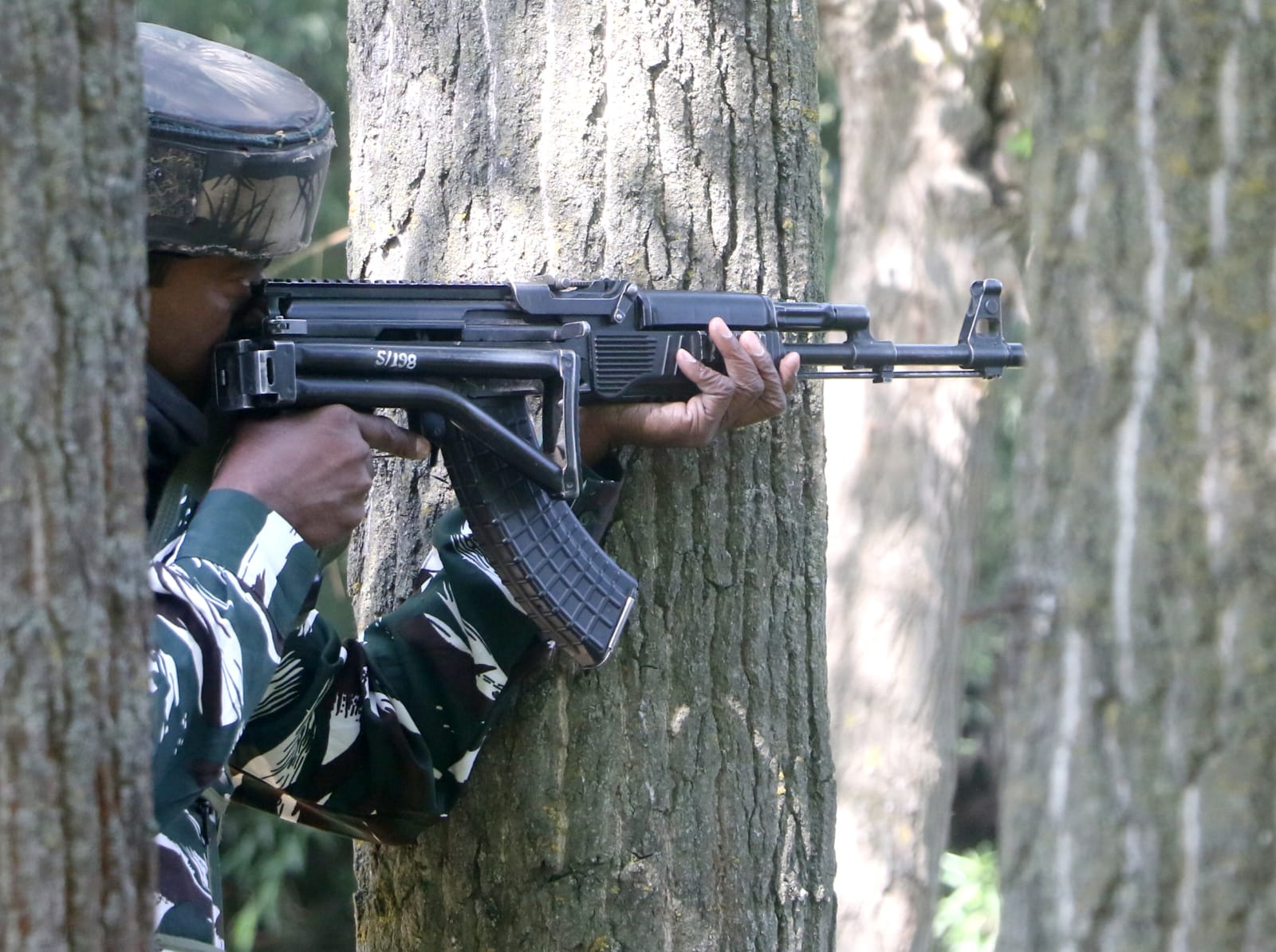 In a rare incident, two local Lashkar-e-Toiba (LeT) militants surrendered during a gunfight in south Kashmir's Kulgam on Wednesday after an appeal from their parents.

In a rare incident, two local Lashkar-e-Toiba (LeT) militants surrendered during a gunfight in south Kashmir’s Kulgam on Wednesday after an appeal from their parents.

Acting on a tip-off on the presence of unidentified militants at Hadigam village in south Kashmir’s Kulgam district, a joint cordon and search operation was launched by the Army and J&K Police in the area.

The militants who were holed up in a house fired at security forces during the search operation in the wee hours of Wednesday, said defence spokesperson Col Emron Musavi said.

As both militants had been newly recruited and their families were desperate to have them back, the security forces showed restraint and did not engage with the militants despite coming under fire, Colonel Musavi said.

The families of both militants were brought to the encounter site to appeal for surrender, he said.

After repeated calls for surrender by the parents and security forces, both militants finally laid down their arms on Wednesday morning, the Colonel said.

The militants have been identified as Nadeem Abbas Bhat and Kafeel Mir from the Qaimoh area of Kulgam. They were part of a recently recruited module of the LeT.

“These youth were brainwashed and tasked with carrying out anti-national activities and killings at the behest of the LeT and ISI,” the Army said.

Inspector General of Police, Kashmir, Vijay Kumar reiterated his appeal to the parents to keep a strict vigil on their wards to prevent them from indulging in anti-national activities. He said if every parent persuaded and appealed to their sons who had joined militancy to shun the path of violence, many lives could be saved.

Meanwhile, the police registered a case under the relevant sections of law and have initiated investigation in the case.

Were tasked with carrying out killings