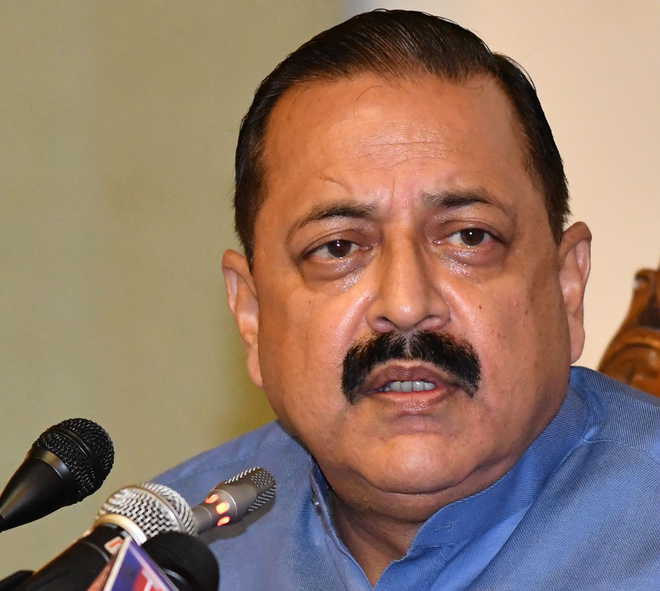 Like the abrogation of Article 370, which was “beyond the imagination” of the people, the BJP government led by Narendra Modi would keep its pledge to “liberate” Pakistan-occupied J&K, Union Minister Jitendra Singh said on Sunday. He also took a dig at the National Conference over its criticism of ‘The Kashmir Files’, a recently released movie based on the exodus of Kashmiri Pandits from the Valley in the 1990s, and claimed the “rigged” Assembly elections of 1987 worked as a trigger for the eruption of terrorism in J&K.

“Parliament passed a resolution unanimously in 1994, emphasising that Pakistan must vacate parts of J&K under its illegal occupation. It is our promise to liberate the PoJK,” the Union minister told reporters after unveiling a 20-ft statue of Maharaja Gulab Singh — the founder of erstwhile J&K state — in Kathua district.

“Article 370 was removed and it was done in accordance with the BJP’s promise even though it was beyond the imagination of many people... All the pledges and promises made to the people, including liberation of PoJK, will be fulfilled,” he said. — PTI

Union Minister Jitendra Singh asserts that just like the Article 370 has been removed even though it was "beyond imagination" of the people, the BJP will liberate Pakistan-occupied J&K.