Will raise ‘Gupkar Declaration’ in Parliament: Farooq : The Tribune India 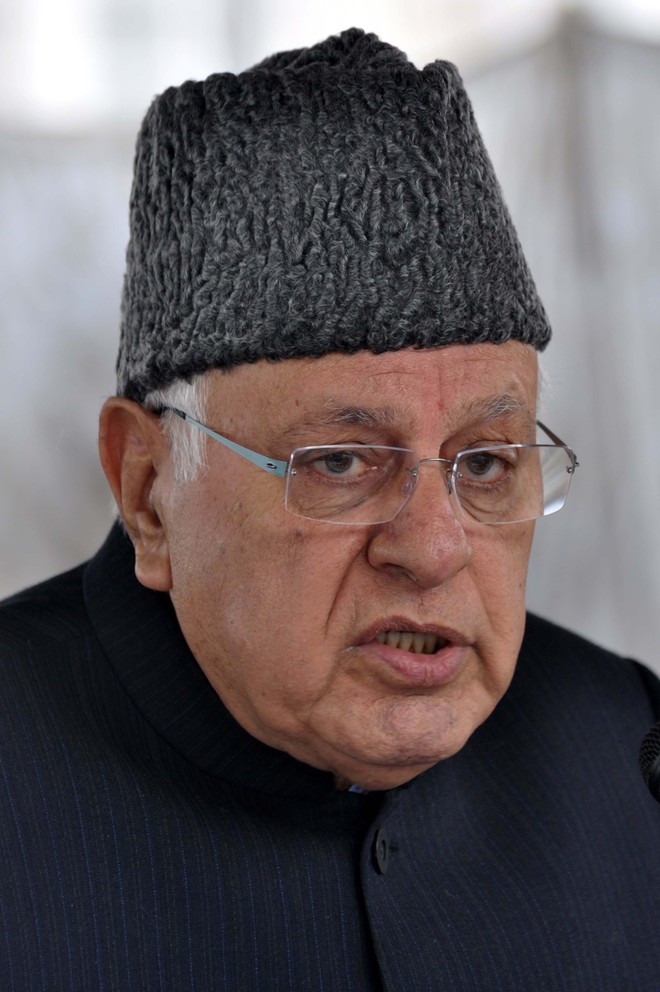 National Conference president and three-time Chief Minister of the erstwhile state of Jammu and Kashmir, Farooq Abdullah, who recently reiterated the ‘Gupkar Declaration’ of August 4 of last year in launching what he called struggle for the restoration of the special status of J&K, said on Tuesday that he was not concerned by Delhi’s silence to their statement.

In a telephonic interview to senior Resident Editor Arun Joshi, he cautioned that their “movement was limited to getting back what all had been snatched from us”.

Farooq made it clear that “our struggle would be Gandhian, as we never believed in stones and bullets”, and also announced that he would raise the issue of reversing everything that was done on August 5. Excerpts from the interview:

After ‘Gupkar Declaration’ reiteration, what next?

Let (PDP chief) Mehbooba ji be released, all of us will sit together and decide our way ahead, but let me assure you that our struggle will be peaceful. We don’t believe in stones and bullets. There is no room for stones and bullets. It will be a Gandhian way of struggle.

What is your feedback from people?

They are very happy that all of us are together. There have been voices of support from Jammu and Ladakh and also from other parts of the country. The nation is behind us.

Why there were no signatories to the ‘declaration’ from Jammu?

It is because they were not there on August 4, 2019, when the ‘Gupkar declaration’

What are your fears if Delhi doesn’t respond to what you have stated in the joint statement, given the backdrop of what had happened to the autonomy resolution?

Pakistan foreign minister said the reiteration of ‘Gupkar Declaration’ was the first step towards political resistance against Delhi.

Questions are being asked whether it would be resistance, dialogue or elections, which of the options are on the table?

All these things. But don’t jump the gun, we will move very carefully.

What about your alliance taking part in elections?

Where are elections? There are no elections on the horizon. Why are you people in the habit of jumping the gun all the time?

Delhi has not reacted so far, what do you make out of it?

They can remain silent. When India fought for Independence, the British never responded, ultimately India won Independence. It is unfortunate that the country got partitioned.

Do you mean that your struggle is on the same pattern as Indians fighting for Independence?

That struggle was for a larger goal of getting Independence, ours is for getting back all that was snatched from us on August 5 last year.

Will you be going to Parliament, and raise this issue there?

We will go, sit there and meet our friends who supported us and, of course, raise the issue of restoration of August 4, 2019 status. We will raise this issue all across – Parliament as also the world over.

The government has described the last one year as one of unprecedented development.

Let an independent team come and see and verify how much development has taken place. It is all backward movement.

Is there any meeting point between you, government and separatists?

Nothing is on the horizon.