Jammu and Kashmir: With ultras waiting at launch pads, LoC security beefed up : The Tribune India

Jammu and Kashmir: With ultras waiting at launch pads, LoC security beefed up 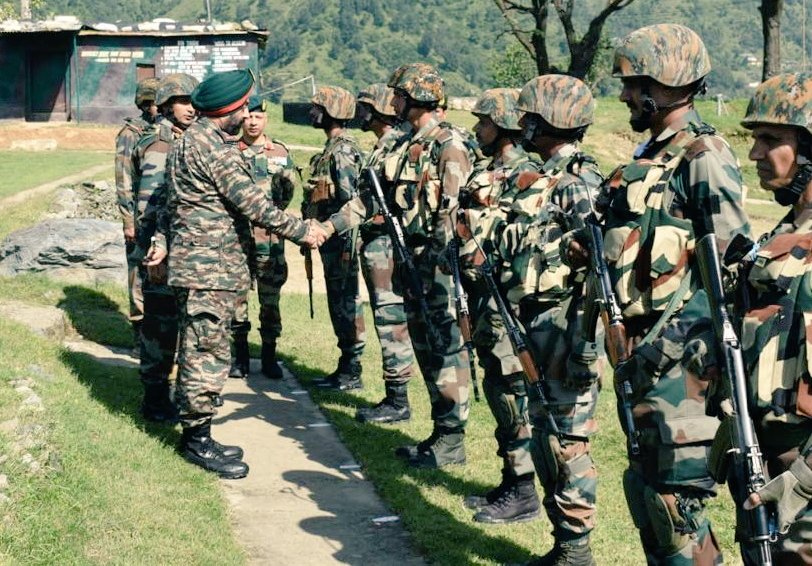 Lieutenant General Manjinder Singh recently reviewed the counter-terrorism mechanism at the Line of Control in Rajouri.

Amid intelligence inputs that terrorists at the launch pads across Pakistan-occupied Jammu and Kashmir (PoJK) may try to intrude at the earliest as mountain passes are about to be covered with snow, the Army and other agencies have strengthened the security grid at the LoC.

Senior Army officers have been visiting the forward areas along the LoC, especially in Rajouri district where several infiltration attempts were reported recently.

On crutches, militancy to be eliminated soon, says dgp

In August, a few terrorists were gunned down on the LoC and one with gunshot injuries was captured alive who too died after a few days during treatment. Five soldiers had lost their lives in an attack by terrorists from Pakistan in Darhal of Rajouri on August 12.

A military intelligence official posted in Udhampur said, “Nowshera in Rajouri is very sensitive where continuous infiltration attempts have taken place in the recent days. As there is tight vigil along the LoC in Kashmir, terrorists are trying to sneak in from Jammu region before the winter.”

The official said there were at least 130 terrorists at 12 launch pads on the other side of the LoC. “Terrorists are always sent in groups of two to three so that in case of an encounter with the Army, they do not lose much,” the official said.

Intelligence agencies believe that before the advent of winter, more infiltration bids are likely.

On September 8, Lieutenant General Upendra Dwivedi of the Northern Command visited forward areas in Rajouri and reviewed the operational preparedness and the security situation along the LoC.

Intelligence sources say there are inputs that the Pakistan-based ISI is also focusing on new infiltration routes south of Pir Panjal ranges in Rajouri and Poonch districts. “With most of the routes set to be blocked for months due to snow, Pakistan is leaving no stone unturned to push as many terrorists as it can to deteriorate the situation in Jammu and Kashmir. Most of the terror commanders in the Valley have already been eliminated and a season without terrorists can be a deadly blow for the insurgency in the Union Territory,” intelligence official added.