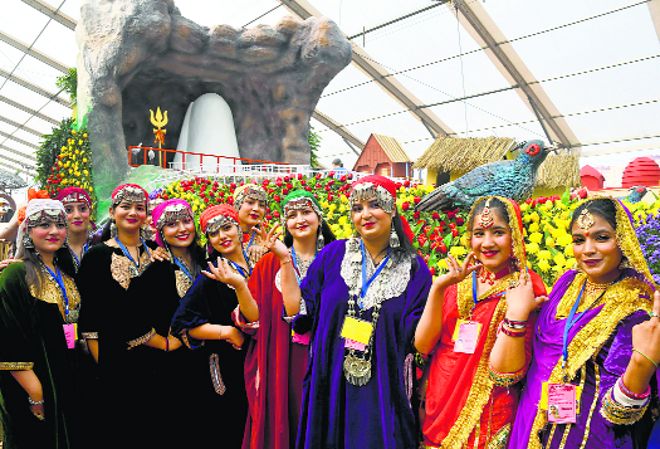 Colourful tableaux from Haryana, Uttarakhand, Jammu and Kashmir, Ladakh, Uttar Pradesh, Tamil Nadu and Kerala, among other states and Union Territories, will roll down the Kartavya Path during the Republic Day celebrations on January 26.

“Nari Shakti” (women’s empowerment) is the theme for a majority of the tableaux.

In all, 23 tableaux — 17 from states and UTs, and six from ministries and departments — depicting India’s vibrant cultural heritage, economic and social progress will be part of the ceremonial parade on January 26, Defence Ministry officials said on Sunday.

A preview of the tableaux was held at the Rashtriya Rangshala Camp in Delhi Cannt today.