Labourers of J&K’s largest factory, Chenab Textile Mill (CTM) at Kathua, on Friday resorted to violence and blocked the Jammu-Pathankot highway to protest the non-payment of full wages amid the ongoing lockdown. 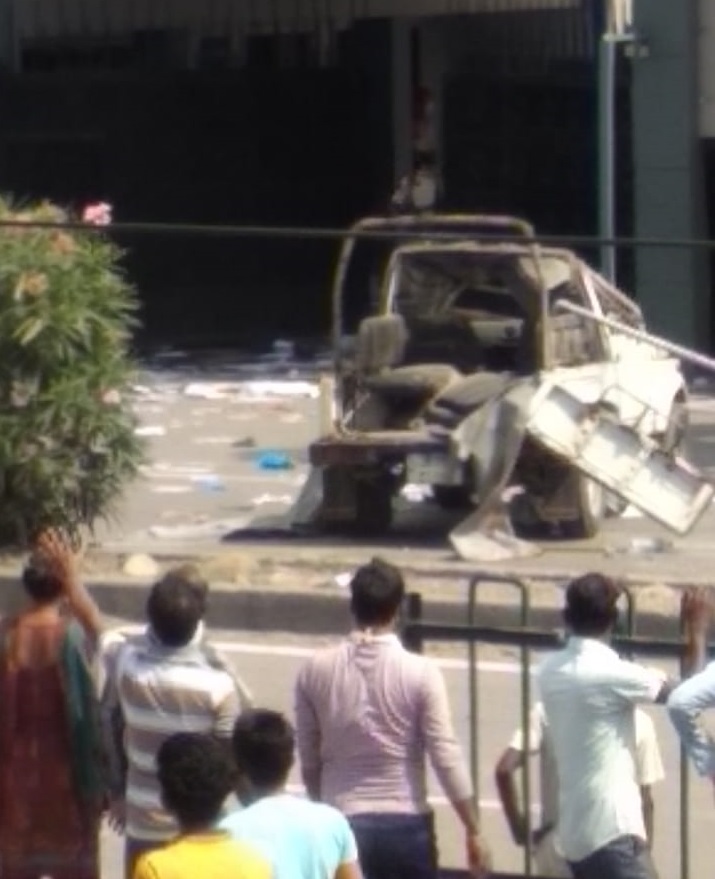 Thousands of workers assembled at Workers’ Colony inside the factory and staged a noisy demonstration against the management after they came to know that they have allegedly been paid half of their monthly wages due to the lockdown.

Eyewitnesses said the labourers marched towards the main gate of the factory and damaged the furniture and other infrastructure. Workers, later, also blocked the highway and resorted to stone pelting.

Senior police officers rushed to the spot to pacify the workers who also threw stones on cops. They also damaged a policy gypsy.

They alleged that they were being paid Rs 350 per day but the management of the factory have credited the wages at the rate of Rs 175 per day to their accounts which was grave “injustice” in the prevailing circumstances.

SSP Kathua, Shailendra Mishra, was holding discussions with the protestors to end the stalemate.