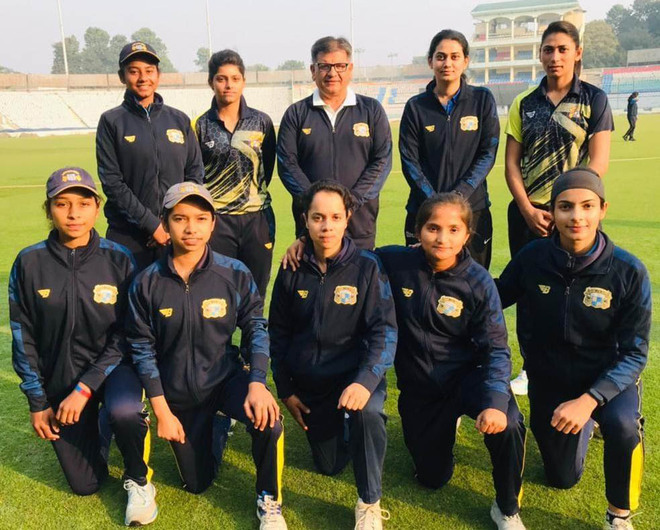 Players from JDCA, who were selected for senior women camp being organised by the Punjab Cricket Association in Mohali.

The camp started on February 14 and will culminate on February 28 at IS Bindra Cricket Stadium in Mohali. The staff, coach and players were also tested for Covid-19.

Surjit Rai Bitta, joint secretary of the Punjab Cricket Association, said of the 39 players, the selection of 10 players from the city was an achievement. He said this would motivate others and strengthen the JDCA.

To encourage women participation in the sport, the women wing was started by the JDCA in 2017. Coach Ashutosh Sharma was selected as in-charge of the women’s cricket team.

Ashutosh said in the first batch, there were 13 girls, who were given free of cost coaching, and in four years, the number of participation by girls had increased to 60.

Officials of the JDCA said the players of women wing had represented the state in various tournaments.