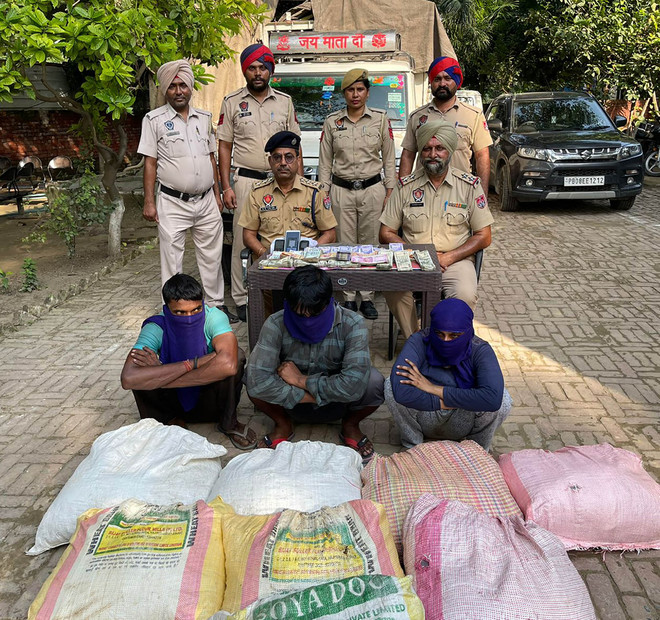 Nawanshahr police seized drugs in a huge quantity from three Bihar-based smugglers here on Tuesday. A police team recovered one quintal of marijuana (ganja) from a Mahindra Pickup (PB-07-BW-5583) van at a naka.

The team also recovered four mobile phones and drug money worth Rs 5 lakh from Phagwara by nabbing interstate smugglers — involved in operating a major drug smuggling and supplying network in the states of UP, Bihar, Punjab and Himachal Pradesh — after a long chase. Those arrested have been identified as Sajjan Kumar of Samastipur in Bihar, Makhan Paswan of Baisali in Bihar and Mintoo Kumar of Patna. A case under Sections 20, 25 and 29 of the NDPS Act has been registered at the Sadar police station in Banga.

SSP, Nawanshahr, Harmanbir Gill said the culprits used to carry passengers in the vehicle, which was covered with a plastic sheet to conceal the contraband. He said more persons were likely to be apprehended by discovering forward and backward linkages.