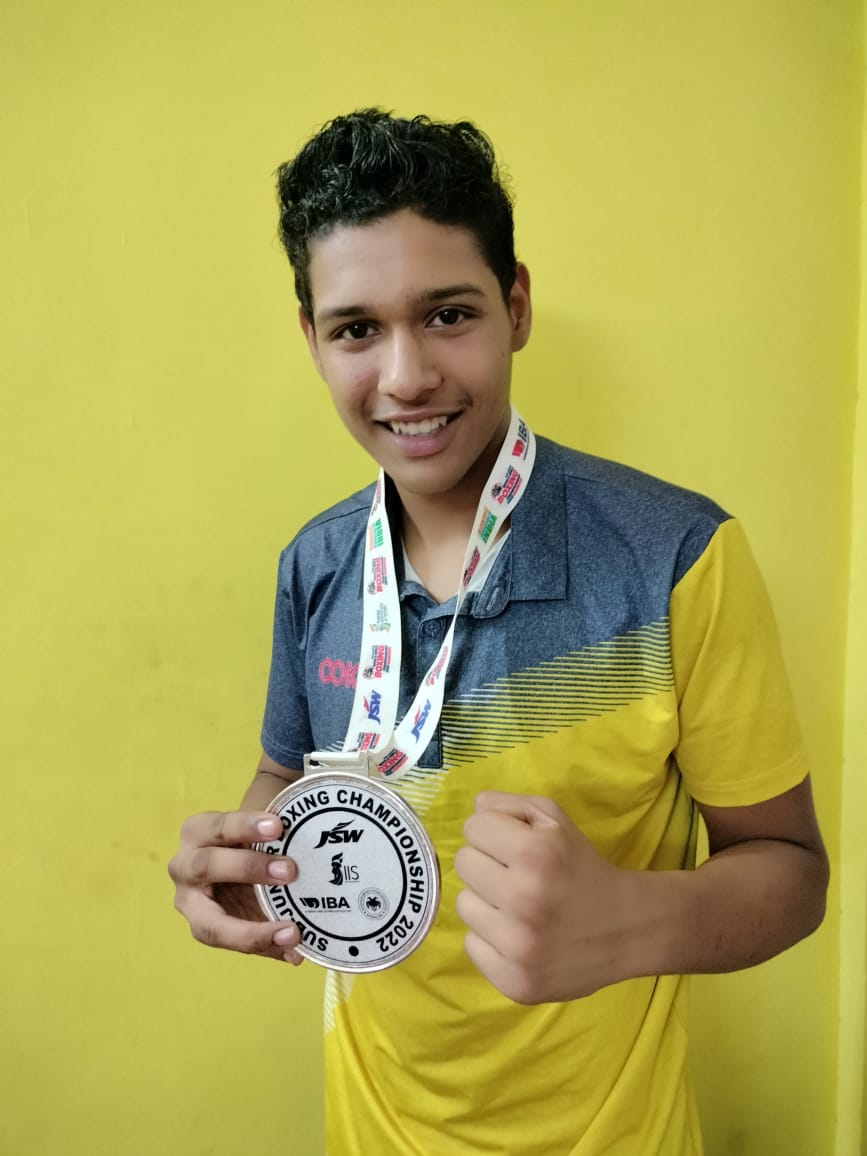 Shriyansh (13) has won a silver medal at Sub-junior National Boxing Championship that was held in Karnataka. He took part in 70-kg category and lost to a Haryana boxer in the final. The championship concluded on Thursday.

Shriyansh beat players from Goa, Chandigarh and UP to reach final. Son of a boxing coach, Shriyansh is following in his father’s footsteps. He is so dedicated that he doesn’t waste his time on mobile phone, which is rare among kids of his age. He has now got selected in India camp for Asian Sub-junior Championship.

Arihant, his father, has been imparting training to several players at sports school in Jalandhar. Shriyansh also took training from his father at the same centre where Arihant teaches other budding players.

The young boxer has been learning boxing since the last three years. A student of Dayanand Model Senior Secondary School, Model Town, Shriyansh in his early years learnt swimming, gymnastics and tried hands on some other games too, but like his father he was always inclined towards boxing.

Arihant said he was proud of his son but he also noticed and observed every move of his son in the final match. “I noted some points in my mind which I would tell him. These are certain grey areas where Shriyansh needs improvement. I am his critic too,” said the father.

“Since the time I started training him, I don’t allow him to have anything from outside, and he is on a strict diet plan. His meals include high protein diet such as paneer, boiled eggs, soyabean etc. along with lots of juices,” he further added.

When boxing centre at sports school was closed, Arihant ensured that he takes his son to other places where he could continue his practice and training.

Shriyansh shared his dream. “My aim is to see Punjab’s name in world championship and make my state proud. Also, I want that other budding players get motivation from me and join boxing in large numbers,” he said.

Arihant took a team of 14 boxers that represented Punjab at national level. Other players, Sarup Singh from Amritsar and Inderjeet Singh from Ludhiana, won bronze medals. While the former played in 64-kg category, the latter competed in 36-kg category.