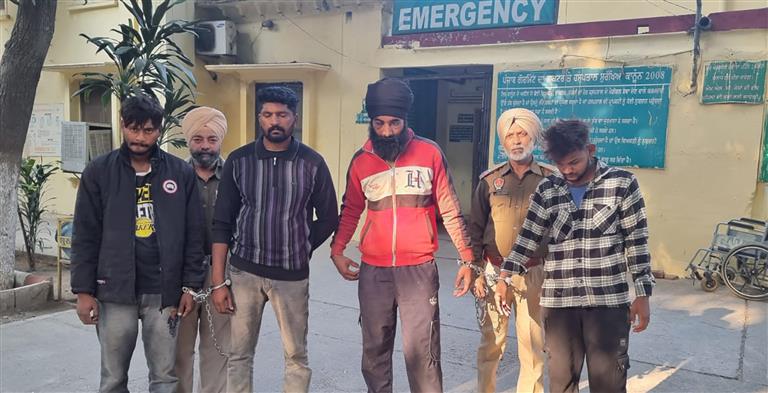 Three persons were seriously injured after a fight broke out between two groups at Bootan village in Kapurthala on Sunday evening. Four persons have so far been arrested. The incident took place shortly after Chief Minister Bhagwant Mann’s visit when two groups brandishing weapons clashed at the village. The Kotwali police in Kapurthala have booked 15 persons. One of the injured, Gurpreet Singh, has been referred to Amritsar.

A fight took place between two groups over the playing of a song on a DJ during a jagrata at the village. Following the clash, 50 to 60 persons armed with weapons gathered near the village gurdwara.

The Kotwali police station said: “The two groups fought over a DJ song at a jagrata. One party had six persons and the other eight. We got to know two people had arms and the rest were brandishing datars, kirpans etc. No drugs or chitta has been found on any person. Four people have so far been arrested and the search for the rest is on.”