2-yr-old boy falls into nullah in Kapurthala, rescue op on : The Tribune India 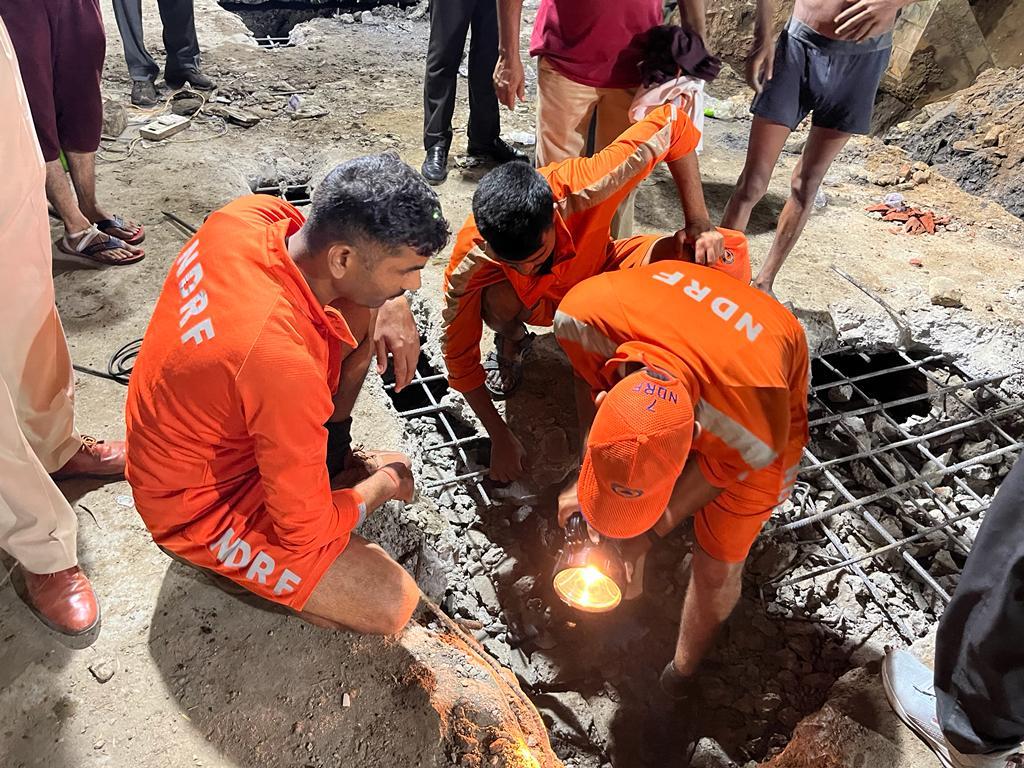 A rescue operation underway to save a two-year-old boy who fell into a drain in Kapurthala on Tuesday. Tribune Photo

A two-year-old boy fell into a nullah on Tuesday afternoon while crossing it to reach his shanty with his mother and sister along Kapurthala-Amritsar road near Shalamar Bagh here.

Initially, family members, who hail from Bihar, tried to rescue the child themselves, but soon the teams from the Municipal Corporation and local civil and police authorities also reached the spot and started the rescue operation. Heavy machinery was called in to break the concrete part of the nullah and search for the missing boy.

Deputy Commissioner Vishesh Sarangal and SSP Navneet Singh also reached the spot for an assessment of the situation. A 29-member National Disaster Response Force (NDRF) team from Bathinda also reached the site around 9 pm and started the rescue operation. The NDRF team also deployed three JCB machines and got the digging started from three sections of the nullah. Floodlights were installed for ensuring proper lighting in the night. DC Sarangal stayed put at the site and said that the operation would run until the boy is found.