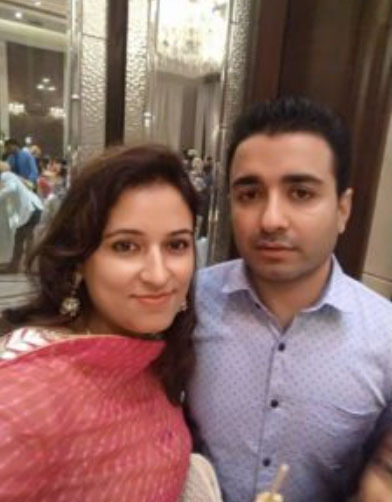 The police have arrested Lovepreet Singh (27) in connection with the suicide case of a former lecturer and her husband, which was reported last year.

Ashima Rana (35), a former lecturer at Apeejay College, and her husband Vikas Rana (38), an entrepreneur, committed suicide in May 2020.

Ashima hanged herself at her house in Jalandhar on May 11, 2020, while her husband Vikas Rana committed suicide on the rail track next day. His body was found on the Phillaur-Goraya rail track in Jalandhar.

Notably, the initial FIR was lodged against Vikas Rana on the complaint of Roop Lal Kalia, father of Ashima Rana.

However, the police said following Rana’s suicide Kalia lodged another complaint in which Lovepreet Singh was named.

Ashima and Vikas were married for 12 years. They got married in October 2008. The couple is survived by two daughters. In his initial complaint to the police, Kalia alleged that Vikas Rana had been pressurising his daughter to get a job regarding which she had told him and her mother several times.

Speaking to The Tribune, Avtar Singh, investigating officer in the case said, “Lovepreet Singh was arrested on Monday in connection with the couple suicide case. All we can say is that during the course of investigation, Lovepreet’s name came up. Following demise of Vikas Rana, another complaint was filed by Ashima’s father against Lovepreet.”

Meanwhile, Roop Lal Kalia refused to comment on the issue when contacted.