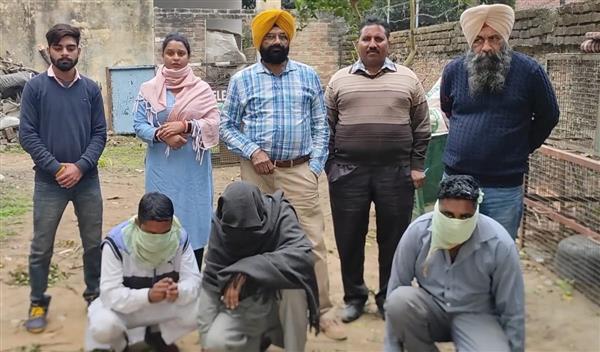 The Wildlife Conservation Department has arrested three persons along with sambar deer meat and weapons for illegal hunting in the forest area of Garhshankar block.

Bhupinder Singh, Range Officer, Wildlife Conservation Department, said he had received a tip-off that some people were hunting sambar in the forest of Sekhowal village. Acting on the information, a team of the department along with Block Officer Rajpal Singh and Forest Guards Ramanpreet Kaur Balwinder Singh raided the spot. The accused who were illegally hunting sambar from the forest of Sekhowal village were caught with meat and weapons. He said the three persons who had been arrested were Narendra Kumar, a resident of Sahiba village, Shaheed Bhagat Singh Nagar; Amarjit Singh, a resident of Hayatpur Jattan, Shaheed Bhagat Singh Nagar; and Ravi Kumar, a resident of Boda village, Garhshankar. A case has been registered against the accused under the Wildlife Protection Act.