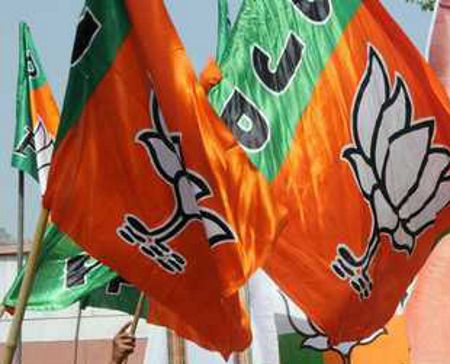 Of the 11 candidates announced for the Doaba belt by the BJP in its first list released on Friday, at least three are turncoats who had recently joined the saffron party after being denied tickets by their respective parties.

While the three Jalandhar candidates (Manoranjan Kalia, Mahender Bhagat and KD Bhandari) are veteran leaders, who are part of the party’s old guard from Hoshiarpur, barring a couple, all are old party leaders.

Like Jalandhar, most of the candidates from Hoshiarpur are part of the old guard except Nimisha Mehta who joined recently. From the three Jalandhar seats, the party has fielded Manoranjan Kalia, a former cabinet minister, from Jalandhar Central; former CPS KD Bhandari from the Jalandhar North and Mahinder Bhagat from the Jalandhar West.

All three are veteran party leaders who have been with the BJP since the beginning and have served a long political innings with the party.

Similarly from Hoshiarpur, Tikshan Sud, Raghunath Rana, Jangi Lal Mahajan and Dr Dilbagh Singh have all been with the BJP since long.

Chosen as a candidate from Hoshiarpur, Tikshan Sud has been winner from the Hoshiarpur seat three times.

He has been the former local bodies minister and has been associated with the party for decades. However, both Raghunath Rana (a Dasuya candidate) and Dr Dibagh Rai (a Chabbewal candidate) will be contesting the elections from the party ticket for the first time. Raghunath Rana is a sports entrepreneur based in the Kandi area of Hoshiarpur. Jangi Lal Mahajan, who has also been with the BJP for long, contested from Mukerian as an Independent from 2017.

In the 2019 bypoll, he contested as a party candidate. Dr Dilbagh Rai, the party’s Chabbewal canddiate is a former doctor who was earlier with the Congress, but has been with the BJP for the past over five years.

Former SAD leader Jathedar Ranjit Singh Khojewal was chosen as the Sikh face to represent the BJP from Kapurthala, the seat which is at present a stronghold of Cabinet minister Rana Gurjeet Singh. A new entrant to the party, Khojewal joined the BJP just a month ago in the presence of Union Minister Gajendra Singh Shekhawat at an event held in Ludhiana. Khojewal, a former chairman of the Market Committee, Kapurthala, has also been a member of the PAC committee of the Akali Dal. He has also been an office-bearer of the Youth Akali Dal. While he had been pinning his hopes on the Kapurthala seat from the Shiromani Akali Dal, he was miffed at the seat going to SAD’s partner BSP as part of seat sharing between them. A prominent Sikh face from Kapurthala, Khojewal enjoys a considerable clout in the segment. He opted for the BJP after the three farm laws were repealed by the PM. Keeping in mind the panthic vote in the region, especially in the rural areas and villages, the BJP fielded Khojewal instead of senior BJP leaders like Umesh Dutt Sharda, Sham Sunder Aggrawal among others who had been pinning their hopes on the seat.

The young Nimisha Mehta, who had been a vocal leader from the Congress in Hoshiarpur, joined the BJP just last Sunday. On Friday, she was among the BJP’s first list of chosen Doaba candidates. She is one of the only two women who made the cut in the BJP’s first candidate list. Mehta made the shift within a day of the Congress declaring Amarpreet Singh Lali as its candidate from Garhshankar. An active leader from the region, Mehta, who is a resident of Hoshiarpur, had been vocal on key issues related to governance, law and crime. In November when the Congress reduced power rates, Nimisha had celebrated with her supporters by distributing ladoos in Mahilpur and Garhshankar. While her ticket had even been approved by the CM, it was Lali who prevailed as a candidate.

Fiftyfour-year-old Mohan Lal Banga, who has been MLA two times, joined the BJP only in December after he was convinced that a Congress ticket from Banga would prove difficult. He was among the Cong leaders who had been vocal in their protests against ticket to Hussan Lal (CM Channi’s principal secretary) from the constituency. Lal had been chosen an MLA in 1997 and 2002. Son of Chaudhary Swarna Ram, who was among BJP’s first SC leaders of the state, Mohan Lal was a SAD MLA from Banga in 1997 and later joined the BSP. Subsequently, he joined the Congress ahead of the 2019 general election. While in Congress, he chose several ingenious ways of seeking a ticket. In November, he even chose show shining as a mode of protest to register his demand for ticket from the constituency. Exhausting all other means, in December, he embraced the BJP. A month later, he has been announced the party candidate from Banga.