Had demanded Rs 9.5 lakh as ransom from victim’s family 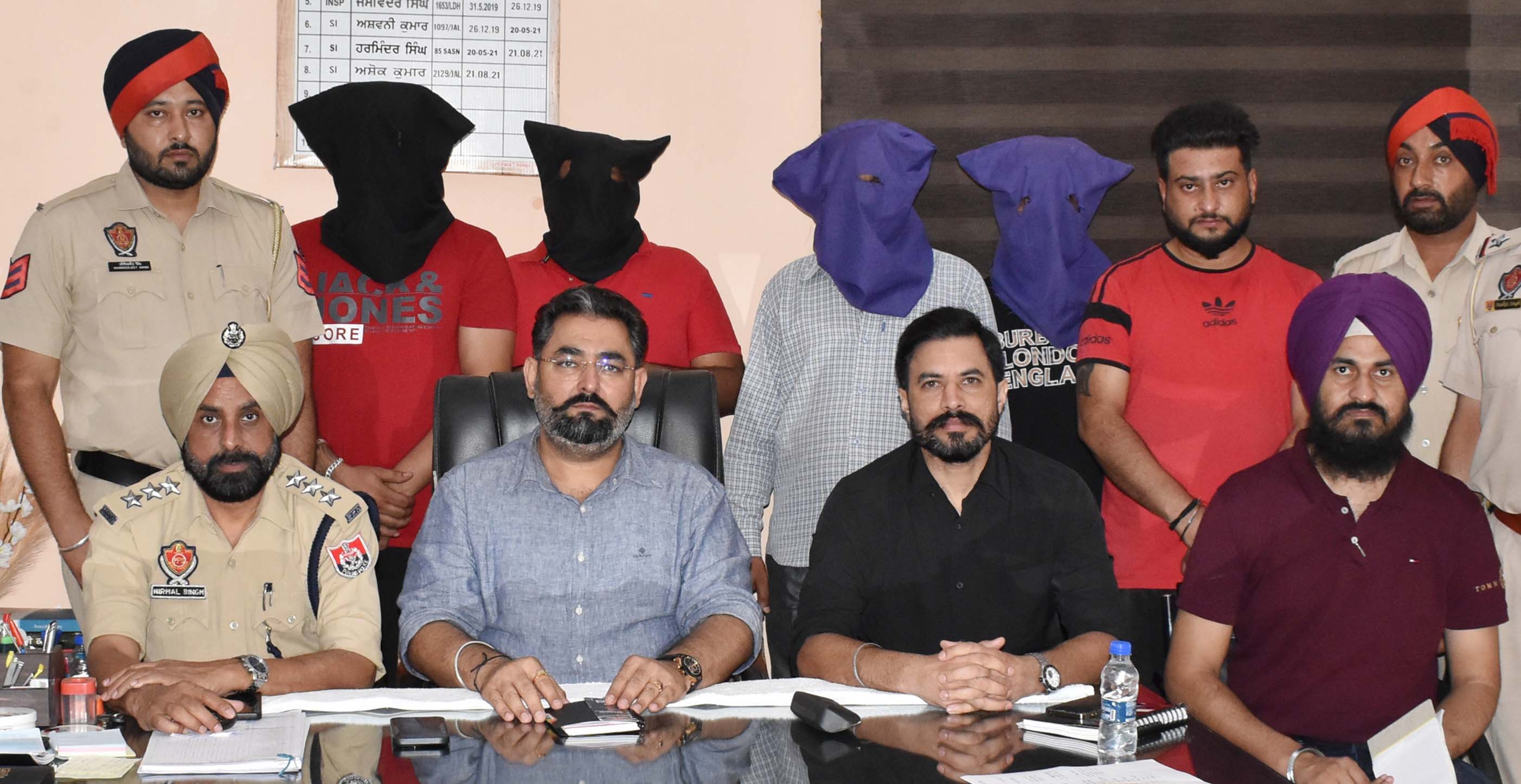 Four kidnapping suspects in the custody of police in Jalandhar on Friday. Tribune Photo

The city police on Friday nabbed four persons on the charges of kidnapping a car dealer from Ludhiana’s Haibowal locality and demanding a ransom of Rs 9.5 lakh from victim’s family. The incident had occurred on Thursday evening.

The suspects have been identified as Manjeet Singh (42) of Kailash Nagar, Chamkaur Singh (29) of Subash Nagar, Bhajan Singh of Bhaura Colony, Ludhiana and Rahul (21) of Madhuban Colony, Jalandhar. The victim, Kulwinder Singh (30) of Hakikat Nagar, Ludhiana, a car dealer, has also been safely rescued by a police party of CIA staff-II, Jalandhar.

Deputy Commissioner of Police (DCP) Jaskiranjit Singh Teja said Kulwinder had been kidnapped by the car-borne unidentified persons at gunpoint from his workshop following which they demanded Rs 9.5 lakh ransom from victim’s wife Amanpreet Kaur. He said a case under Sections 365, 34 of the IPC was registered on the complaint of Amanpreet at Haibowal Police Station.

He said Ludhiana police started investigation besides immediately alerting the Jalandhar Commissionerate police about movement of the suspects in the city.