A medley of musings 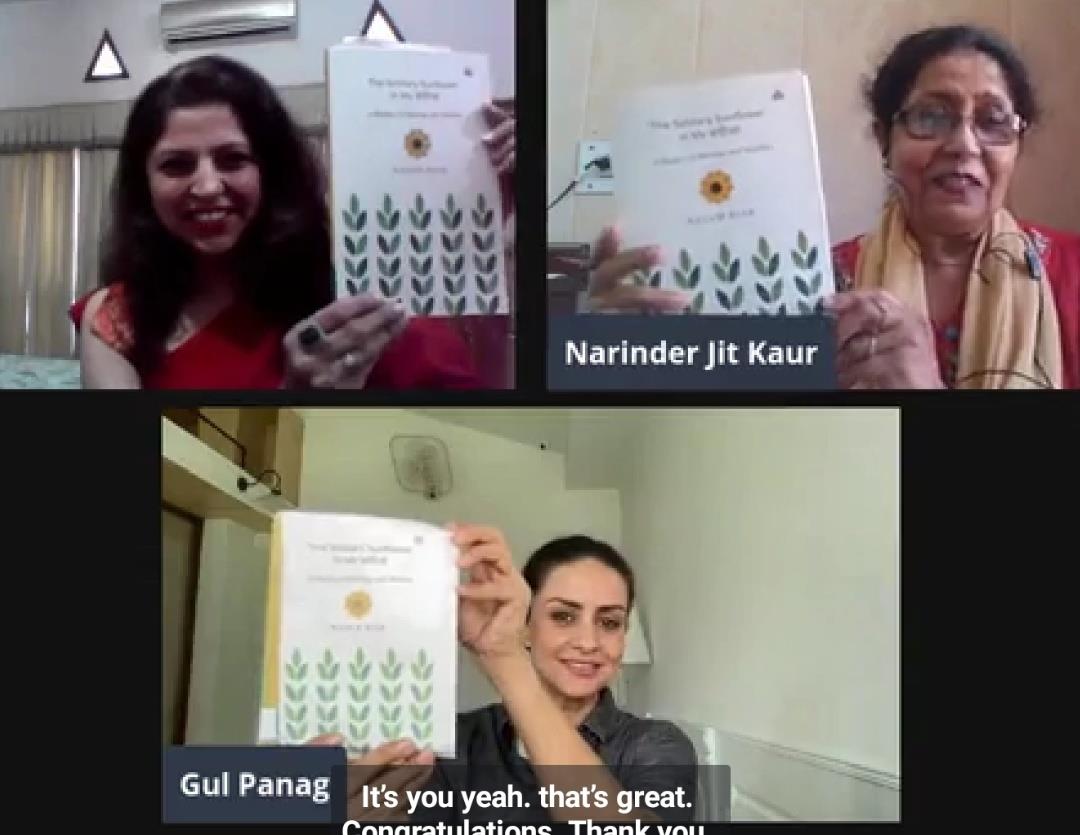 Former Miss India and actress Gul Panag, released Nazam Riar’s book 'The Solitary Sunflower in My Bageecha’ on the social media. Nazam has earlier taught in DAV College, Hoshiarpur, as an Associate Professor of computer science and now works as a personality development trainer with a Bangalore- based company. She appreciated Nazam’s keen eye for detailing and observing the intricacies of the human mind.

“Gul, being a former Miss India, an actress, a voice for women, social activist, a fitness freak, a trained pilot, avid traveller and a biker was the best choice for launching my book which talks about multiple aspects of our personalities,” added Nazam.

The book is a medley of middles published in various newspapers and musings which has poems and prose in English and Hindi. Her writing is cathartic that reflects varied deep-rooted emotions and soulful conversations with self. This is Nazam’s first attempt at writing hindi poetry although a few of her poems have been published in international journals. It is her third book in four years while the other two were ‘ Confessions of a Happy Woman’ and ‘The Quirky Wallflower and the Silent Bumblebee’, the latter was released by Dr Kiran Bedi last year. The show was co-ordinated by Narinderjit Kaur, Retd. Associate Professor of English who has six books to her credit, including many middles. — OC