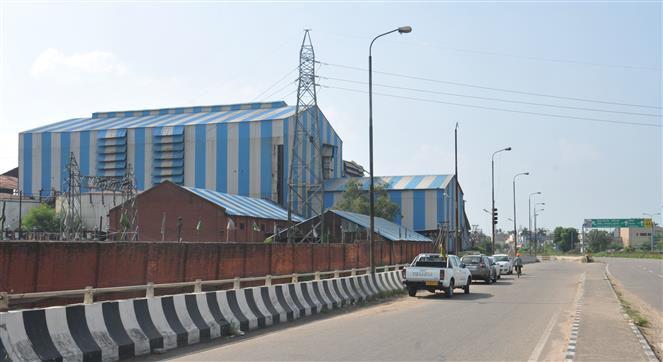 The Punjab Government today approved the operation of Golden Sandhar Mills Limited, Phagwara, till February 20, 2023. The approval has been given after receiving the nod from Chief Minister Bhagwant Mann.

Crushing begins with arrival of sugarcane

Phagwara: The operation of the mill, which is now owned by Rana Group, began on Sunday with the bhog of the akhand path. Rana Gurjit Singh, an MLA and chairman of Rana Group, said no farmer would be harassed and payment of sugarcane would be credited in their bank accounts on time. More than 25 sugarcane-laden tractor-trailers have been brought by farmers to the mill for crushing. OC

Disclosing this, Agriculture and Farmers’ Welfare Minister Kuldeep Singh Dhaliwal said in the interest of farmers, it has been decided to run the sugar mill with conditions.

The mill had been shut since the outbreak of Covid-19 pandemic in 2020. Highlighting that an inter-departmental committee has been formed to ensure payment to farmers, Dhaliwal said the panel would maintain complete supervision on the sugarcane coming to the sugar mill, sugar recovery and sale of the products, and would submit a report to the cane commissioner regarding the payment to the farmers within 15 days.

He said the cane commissioner will report to the state government in this regard and if the mill failed to make the payment on time as per the agreement, its licence would be cancelled and sugarcane will be allotted to other mills.