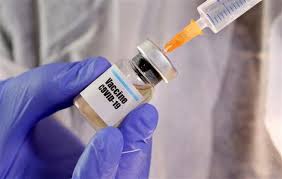 With the Covid vaccination drive getting a lukewarm response on the first day in the district, the authorities have decided against expanding the drive on the second day tomorrow (January 18). Earlier, the District Health Department had planned to increase the number of session sites where vaccination would be held on Monday, but taking into consideration poor response they would continue to stick with three sites — the local Civil Hospital, the Community Health Centre, Basti Gujan, and Sub-Divisional Hospital, Nakodar.

Another factor which has spoiled the plan is the problem with the server of the official portal which has the vaccine database. As the server remained mostly down on the first day of the vaccination, the department had to make all entries of those being vaccinated manually.

On the first day, 300 out of the 11,800 health workers were to be vaccinated. However, of them, only 136 turned up and 164 stayed away from the procedure. For the second day of the vaccination drive tomorrow, messages will be sent again to the 164 people who failed to show up on Day 1.

At the Basti Gujan CHC where staff expressed reservations about the vaccine, there were other doctors who said they couldn’t make it to the sites due to previous engagements.

In a bid to increase the number of health workers for the vaccination drive, the Health Department is also planning to rope in prestigious doctors on the lines of Day 1 so that people could get inspired and get the dose.

As Kashmiri Lal, former Civil Surgeon, and IMA state chapter president Navjot Dahiya were vaccinated on Saturday, Dr Chanjeev Singh (who retired recently), the only working plastic surgeon in the state, is expected to get vaccinated tomorrow.

On skipping the process on Saturday, Dr Paramjit Singh (anaesthetist) said, “I had gone out of station for some work due to which I didn’t get vaccinated on Saturday. I also received the message as late as 12.45 last night, by then it was too late to cancel my plans. All other staff and fellow anaesthetists have received the vaccine. I would be getting the dose on Monday.”

Dr Paramjit has been in-charge of the ventilator support provided to all serious Covid patients in the course of the pandemic.

Dr Paramjit added, “I think all doctors are more than willing to get themselves vaccinated. Those who didn’t turn up would do so on Monday. I do not believe that there is any reason to skip the vaccination process which is happening after such a long wait.”