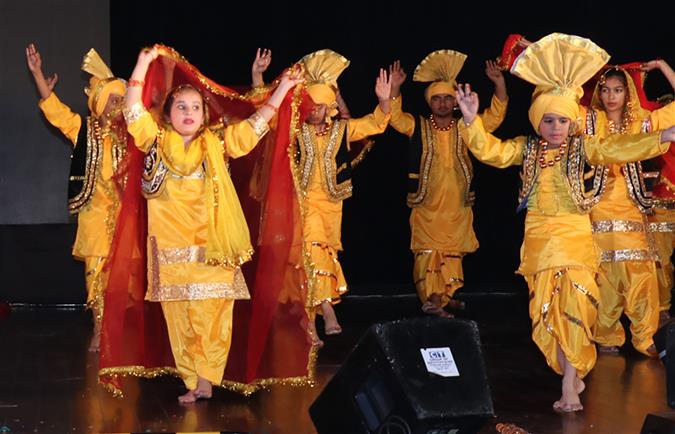 Cambridge International Foundation School celebrated its annual function, ‘Jashan-e-Zindagi – An ode to life’. Aditya, ADCP, was the chief guest on the ocassion. Principal Rashmi Saini welcomed the guests. The chief academic officer, Deepa Dogra, expressed her gratitude to everyone. A musical nukkad natak ‘Vikriti se prakriti’ captured everyone’s attention. The national anthem was sung at the end of the programme.

STS World School, Rajgomal, celebrated its 10th annual function named ‘A tale of invincibles’. As many as 700 students took part in the event. Iqbal Singh Sidhu, a retired IAS officer, was the chief guest. Students were awarded prizes for their various achievements. After prize distribution school management also felicitated the founding staff members of the school. Harvard House won the best house award and art and craft department secured the best department title. Principal Prabhjot Gill gave the speech of appreciation on the ocassion.

Lovely Professional University hosted the north zone NSS pre-republic day parade training camp of 10 days on its campus. It was organised by the regional directorate of NSS (Chandigarh) under the aegis of the Ministry of Youth Affairs and Sports. The camp aimed to select the best NSS volunteers of the North Zone to further be a part of the year 2023 Republic Day celebrations at ‘Kartavya Path’ in New Delhi. As many as 200 NSS volunteers, along with their programme officers, from five states and three UTs across participated enthusiastically.

Actor Harish Verma, actress Savitaj Brar, director Amit Parashar and producer Dheeraj Arora visited Apeejay College of Fine Arts for promoting their upcoming Punjabi film ‘Tere Liye’, releasing on December 9. Principal Neerja Dhingra congratulated the entire cast of the film and said, “I am feeling immensely proud to know that the director of this film Amit Parashar is an alumnus of our college and Kamal Arora, son of producer Dheeraj Arora has also been our student.” Amit Parashar said, “Today I have reached at this stage with continuous hard work and I am sure the students of this college will keep bringing laurels to the college in different fields by kissing heights in the coming times too.” Principal expressed her gratitude to the entire cast and wished them success.