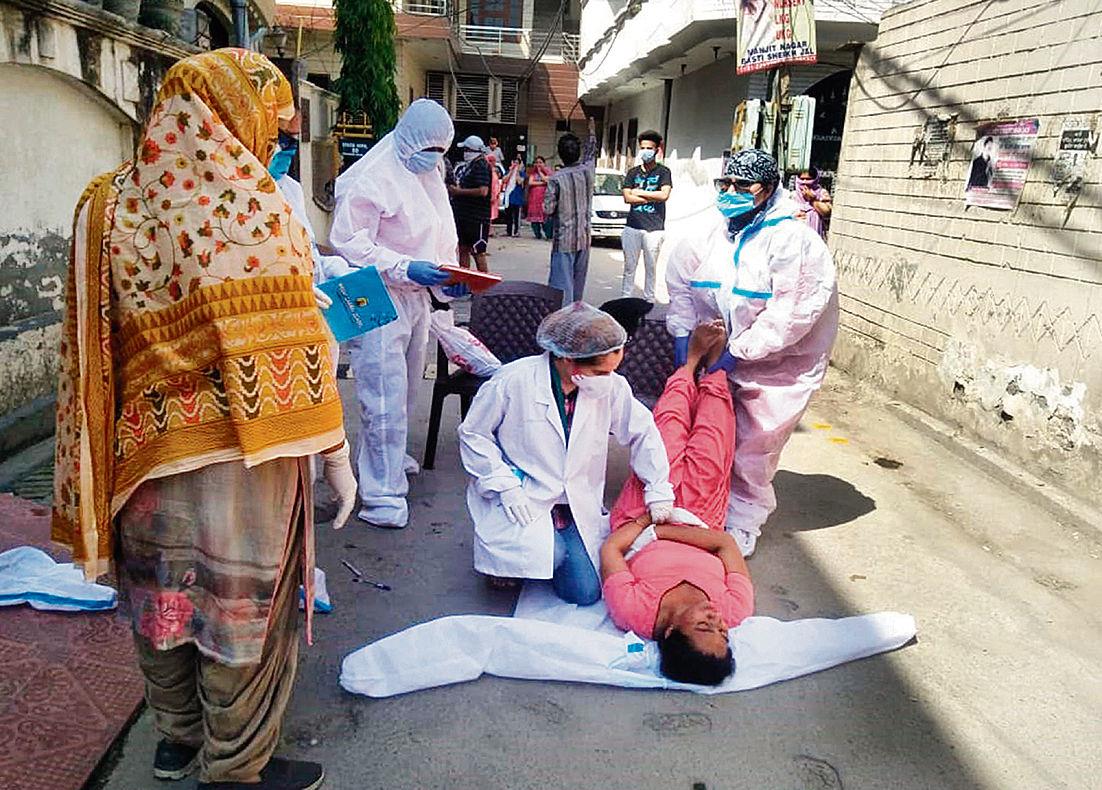 A 55-year-old Accredited Social Health Activist (ASHA) worker fell unconscious at Basti Gujan here on Wednesday when she, along with her colleagues, visited the locality for contact tracing. As scared residents did not come forward for help, her colleagues took her to the local Community Health Centre.

Thereafter, ASHA workers flayed the Health Department for ignoring their health and priorities.

A day after three persons from the locality tested positive, the ASHA workers visited the area for contact tracing.

Originally from Lamma Pind, Mamta Rani has been deputed at Basti Gujan amid the Covid-19 pandemic. Workers said they can’t travel long distances with such a meagre allowance since they are bearing petrol and travel expenses on their own.

Paid Rs1,000 a month, the ASHA workers said they had been called all across from Lamma Pind by the department for duty.

Namita, who accompanied Mamta, said, “It was a hot afternoon and we were tracing people door to door. My fellow worker was feeling uncomfortable and suddenly she fell unconscious. We quickly took off her PPE kit and soothed her. After a considerable time and getting some water, she regained her councious. None of the residents came to us. We sought help to take her to the hospital, but no one stepped forward. Eventually, I had to take her to hospital on my own Activa.”

She said, “We had asked the Health Department to reconsider someone who hails from the area as we put up far away places. With Rs33 per day, how can we pay for petrol at a time when we have to travel a lot.”

Amritpal Kaur, general secretary, ASHA Workers and Facilitators Union, said, “We work for hours and take huge risk by visiting sensitive areas. Out workers perform their duties in the hot sun without off and water. No one even offers them a cup of tea. We are not in a position to continue our work if our demand are not addressed. Our worker is still in a bad condition. None of the residents even bothered to take her to the hospital.”