Back home after 7 decades : The Tribune India 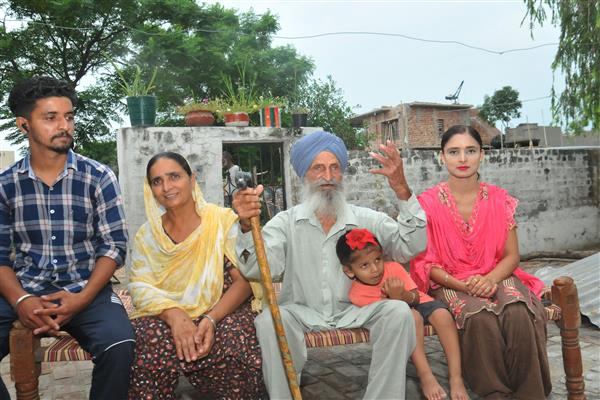 It was a teary reunion for Sarwan Singh (92) of Jalandhar and his nephew Mohan Singh (81) (now Abdul Khaliq) as the duo met each other 75 years after the Partition at Kartarpur Sahib gurdwara in Pakistan on Monday.

Reaching back his home at Sandham village where he is living with his daughter Rashpal Kaur, Sarwan Singh said, “It was a moment which I cannot describe in words. My 75 years of efforts to find clues about my missing nephew had finally yielded results and I could take him in my arms. It was a very emotional moment for me but I controlled myself. I did not just meet my nephew whom I had last seen as a six-year-old child, but also 14 members from his family, all of whom came along. Mohan told me how he escaped from the rioters and was raised by a Muslim family.

Sarwan has been putting up in Canada from where he came here recently. His story was portrayed by a filmmaker Sukhdeep Singh and released about five years ago. Sarwan Singh had given clues that his nephew Mohan Singh had two thumbs and that he used to live at Chak 37 in Montgomery district. Two YouTubers Harjit Singh and Mohammad Javid Iqbal had helped connect the two families about a month and a half back.

Other than Rashpal, Sarwan Singh accompanied Dalbir Kaur, who is Mohan Singh’s maternal aunt’s daughter. She also tied rakhi to him and gave him a wrist watch as a gift.