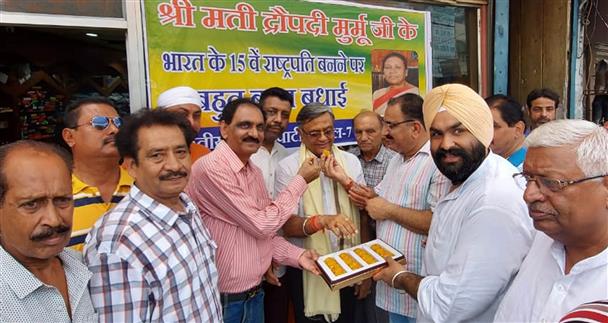 The BJP leader and former cabinet minister, Manoranjan Kalia, has written to Chief Minister Bhagwant Mann, demanding legal action against Sangrur MP and Shiromani Akali Dal (Amritsar) president Simranjit Singh Mann for his controversial remark where he referred to freedom fighter Bhagat Singh as a “terrorist”. Questioning that AAP government’s silence on the issue even though the Chief Minister himself took oath at Bhagat Singh’s memorial and ancestral village of Khatkar Kalan, Kalia sought the immediate filing of an FIR against Simranjit Singh Mann.

Kalia further wrote, “There is another issue lurking in public domain which need immediate attention is about the cold blooded murder of Nihangs in the firing incident at the historic Sarai Naga Gurdwara on April 11, 1979 at Faridkot where Simranjit Mann was SSP. It is pertinent to note that Simranjit Singh Mann, the then SSP Faridkot now MP has said Sarai Naga encounter was real, whereas Gurtej Singh, a former IAS officer retorted to Mann’s statement to be factually incorrect as per the statement published in English newspaper. I request you to constitute a commission of enquiry to dug up the truth and take action accordingly.”