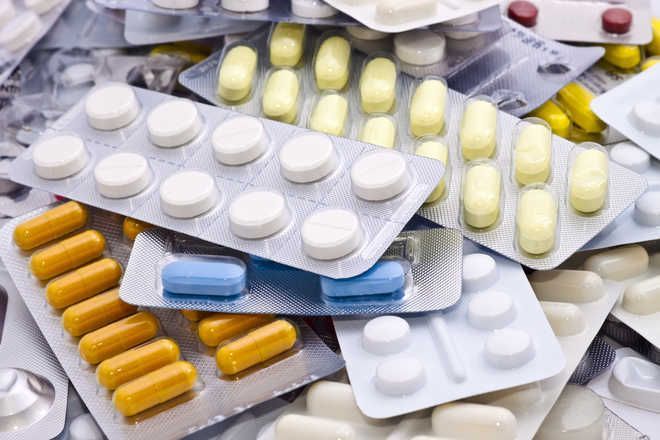 Jalandhar: The police on Thursday arrested two Ludhiana residents and seized 27,000 intoxicating tablets and capsules. The accused have been identified as Piyush Arora of Joshi Nagar and Sunny of Ludhiana, originally from Gandhi Nagar in Batala. CP Gurpreet Singh Bhullar said a team led by ASI Kulwinder Singh had set up a naka at Reru Gate Chowk on the Jalandhar-Pathankot highway and the driver of a Swift car, which was coming from Pathankot side, tried to flee after spotting cops but in vain. He said the cops interrogated the car occupants, Piyush and Sunny, and conducted a search. He said the cops recovered 27,000 intoxicating tablets and capsules. The recovery includes tramadol hydrochloride tablets, tramadol hydrochloride SR tablets radol, alprazolam tablets and proxyvon spaspuls. The CP said a case under Section 22 of NDPS Act had been registered against the accused. TNS

Jalandhar: The Vajra Eagles celebrated 78th Electronics and Mechanical Engineers (EME) Corps Day at Jalandhar Cantt on Thursday. In a solemn ceremony, Brigadier Atulya Bamzai, Brigadier, EME Vajra Corps, paid homage to the craftsman of corps of EME who made the supreme sacrifice in the line of duty by laying a wreath at Vajra Shaurya Sthal. Covid-19 has brought out the best of Vajra Eagles. During the pandemic times, the synergised and proactive response from all EME units of the corps ensured that the critical high-tech medical care equipment was proactively repaired and numerous innovative solutions developed for the Armed Forces and the nation to combat the pandemic. TNS